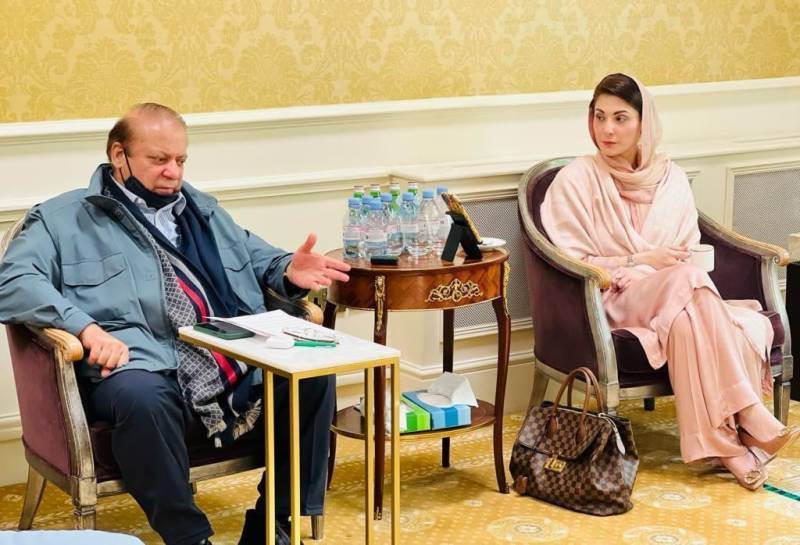 Pakistan Muslim League-Nawaz leader Nawaz Sharif has started preliminary consultations with senior party leaders regarding setting up an electoral alliance or seat adjustments for the Punjab and Khyber Pakhtunkhwa assembly elections. According to sources, the election schedule continues in London. After Nawaz Sharif’s return home, discussions were also held. Sources said that all election-related decisions would be taken after Maryam Nawaz’s return. According to sources, the league leadership was instructed to be ready for Nawaz Sharif’s return. has gone. Sources say that Nawaz Sharif himself will monitor the election campaign, while a final decision about his return will be taken after seeing the situation after the election schedule is released. Maryam Nawaz will address rallies and workers’ conferences across Punjab .

On this occasion, Nawaz Sharif has instructed to prepare a program of meetings and rallies.

A few weeks ago, a meeting of the PML-N’s senior leadership was held under the chairmanship of Prime Minister Shahbaz Sharif, in which the PML-N decided to contest elections in Punjab and Khyber Pakhtunkhwa and hold national elections. Assembly and the other two provinces at their scheduled time. Nawaz Sharif directed the party to participate fully in Punjab and also directed that the leadership prepare itself for the elections and also mobilize the workers. Leader Muslim League-N Nawaz Sharif said that in the Imran Khan election campaign. should be informed about the economic, diplomatic and political losses during the period of

It may be noted that on this occasion, Nawaz Sharif had also instructed Maryam Nawaz to return to the country within this month.

Security high alert in many cities , The security of various cities has been put on high alert following the suicide blast at the...
Read more
اہم خبریں

Application was made in Apara police station to register a case against Sheikh Rashid , (Web Desk) An application has been made...
Read more
قومی

Schools in Steinbach, Kleefeld were set to reopen after threats but closed on Monday due to extreme cold. , All schools in the Hanover School...
Read more

Schools in Steinbach, Kleefeld were set to reopen after threats but closed on Monday due to extreme cold. News Jani