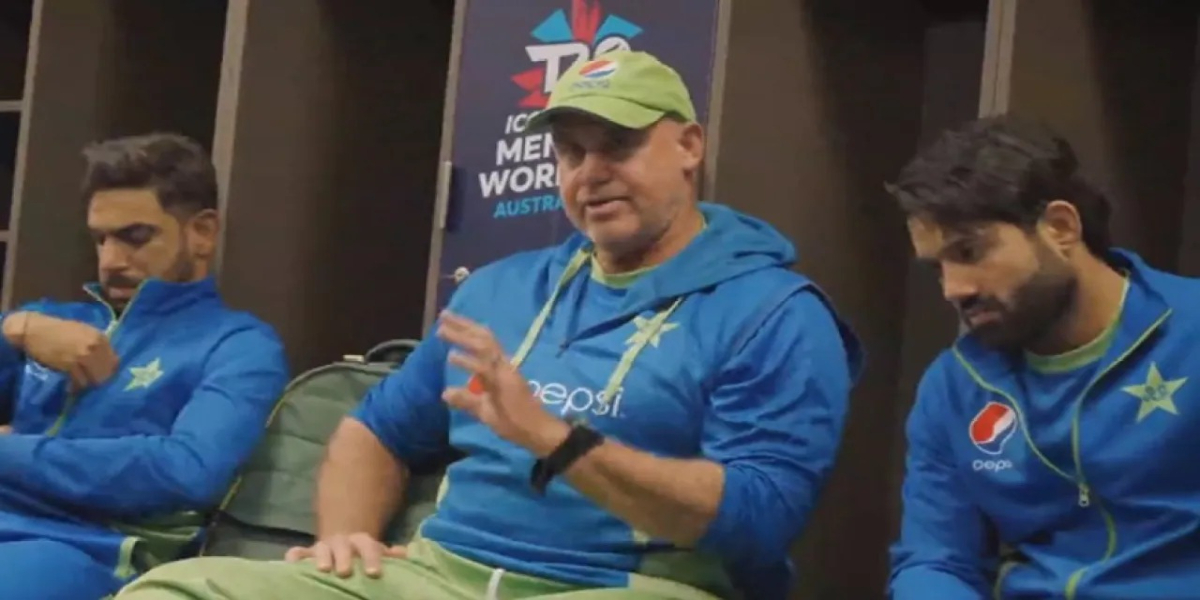 Mentor Matthew Hayden delivers an emotional speech in Pakistan’s dressing room after qualifying for the semi-finals of the T20 World Cup.

As per the details, South Africa’s 13-run upset defeat against Holland and Pakistan’s success against Bangladesh propelled the green shirt to the semi-finals.

National cricket team mentor Matthew Hayden delivered a heartfelt speech in the dressing room after qualifying for the semi-finals.

Significantly, Pakistan, India, New Zealand and England have reached the semi-finals of the T20 World Cup.

In a video uploaded on social media by the Pakistan Cricket Board, Matthew Hayden is seen talking to the players in the dressing room.

️ Encouraging words from team mentor Matthew Hayden after the win over Bangladesh that secured our place in the semi-finals#WeHaveWeWill , #T20World Cup pic.twitter.com/OgolOwGfGs

Matthew Hayden told the players that we are dangerous for the opposition teams, you understand this and take advantage of it.

Hayden said that Pakistan cricket runs with intent and when it comes to showing its teeth, it becomes a real threat to the opposition teams.

The mentor of the national cricket team said that at this point of time there would be no one in the competition who would want to face us now.

During this emotional speech of Matthew Hayden, all the players in the dressing room were listening to him with great interest.

Matthew Hayden further said that those who have the idea of ​​getting rid of us should know that it is impossible to get rid of us.

The mentor said that we had a lot of expectations in the last World Cup because we beat everyone in the group matches, but this time things have changed, don’t forget that if it wasn’t for the Dutch, we wouldn’t have stayed here.

It is worth noting that Pakistan will take on New Zealand in the T20 World Cup semi-final at the Sydney Cricket Ground on November 9.

Two new batting records were created during the first Test match of the ongoing series between Pakistan and England at the Rawalpindi Stadium. , Rawalpindi...
Read more
کھیل

Two new batting records were created during the first Test match of the ongoing series between Pakistan and England at the Rawalpindi Stadium. News...

At Bandhugarh, wild tusks attacked Surya the elephant and injured him. News Jani

Container overturned at Torkham border zero point, 3 dead, many injured , Web Desk: 3 people were killed and 12 including children were injured when...
Read more

Linfield could be temporarily kicked out of Windsor Park after the Irish FA took a tough line on recent crowd trouble. , ...
Read more

Linfield could be temporarily kicked out of Windsor Park after the Irish FA took a tough line on recent crowd trouble. News Jani

No need to deploy central forces in Vizhanjam: LDF, Congress , The High Court asked the state and central governments to discuss the possibility of...
Read more