Various speculations are being made on the appointment of the army chief; Asad Umar – Dainik Kudrat News Jani 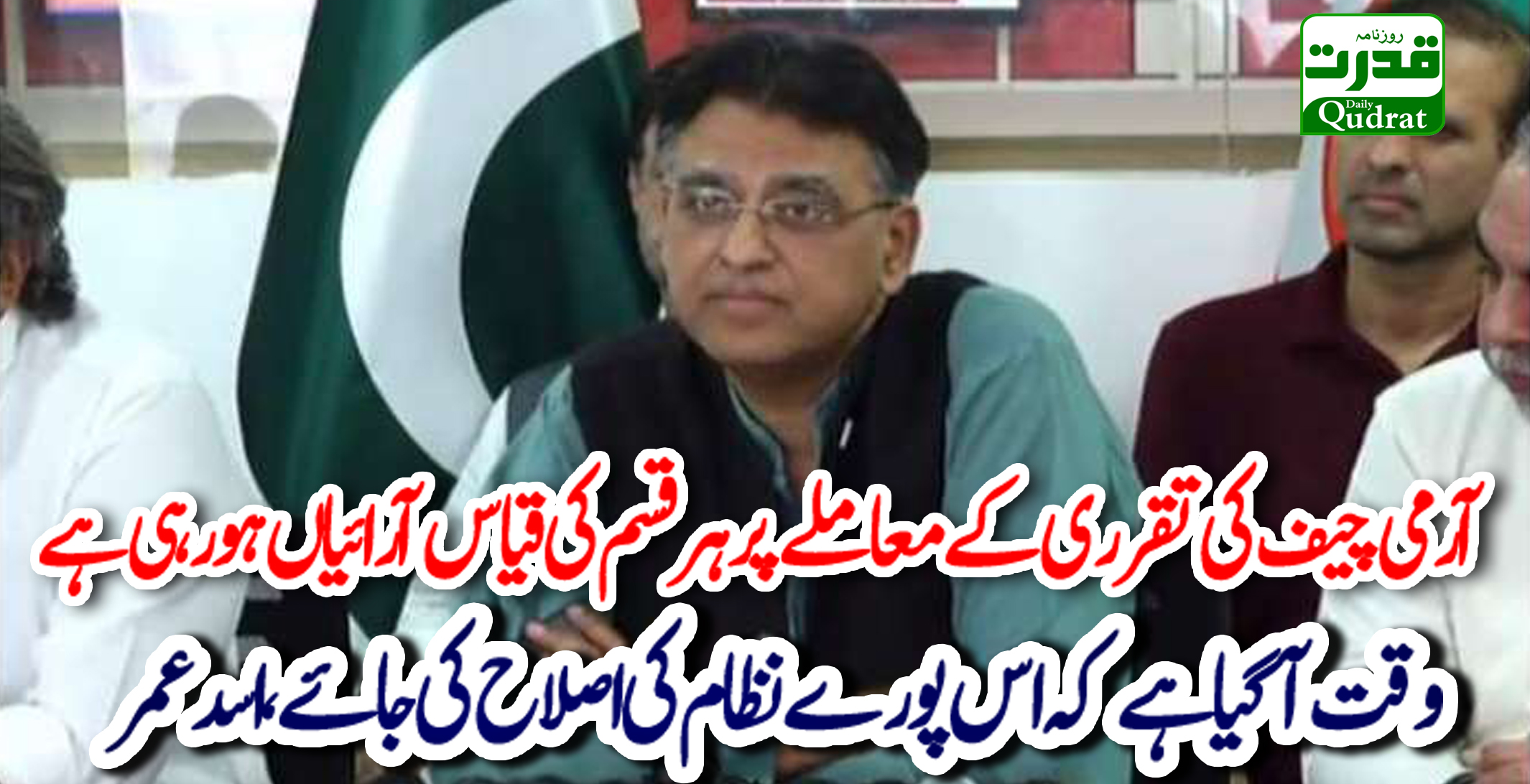 Various speculations are being made on the appointment of the army chief; Asad Umar – Dainik Kudrat

 Various speculations are being made on the appointment of the army chief; Asad Umar – Dainik Kudrat 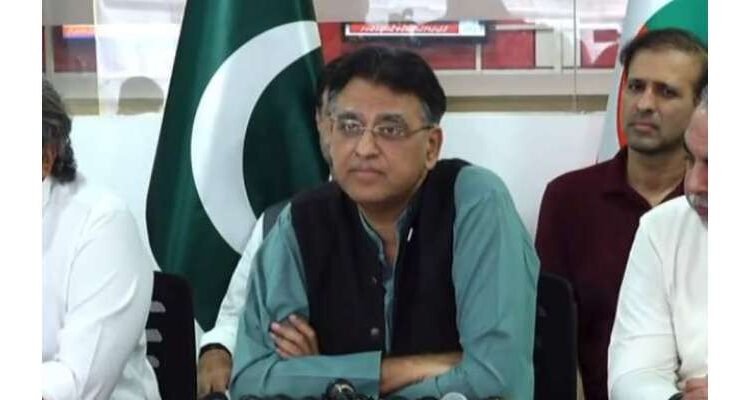 
The former federal minister raised the question whether this situation should happen in a country with 22 crore nuclear power? The time has come to reform this whole system.

On the other hand, Pakistan Tehreek-e-Insaf spokesperson Fawad Chaudhry has said that the President cannot fight a permanent battle to fulfill his constitutional obligation to appoint the army chief.
Talking in today’s news program, he said that we cannot fight with institutions permanently, due to dominance of some people in Pakistan’s politics, instability has arisen, but not doing so is in the interest of both our institutions and politics. and create tension. All the people who are eligible for the appointment of Jao army chief have served in the army for a long time.
The President of the State will exercise his constitutional responsibility to appoint the Army Chief, all the steps of the President of the State have the support of Imran Khan. They are running away from the elections like a black thief, that is, the government’s speed of running away from elections is like a black thief. He said that the status of Nawaz Sharif is that he is a fugitive from the courts of Pakistan, can the Prime Minister go to London and consult any fugitive person? Similarly, Shahbaz Sharif should also be sent to jails of Mach, Landhi and Kot Lakhpat and Also consult them as to whom to apply.
On the other hand, speaking in the program of Hum News, Federal Advisor Qamar Zaman Kaira said that the Prime Minister and a few people will have the answer to the appointment of the army chief. I think questions should not be asked on this issue, first Imran Khan made a big talk about it and tried to create a problem. We have a coalition government. Or has Maulana Fazlur Rehman told someone that only these few people will have something or else, the rest of the horses keep running.
There is to be a summary of five officers, one of them to be nominated by the Prime Minister, why would the situation be bad? Whether an Indian servant is being hired or a police officer is being hired, in summary all officers are most competent.

A delegation of scholars led by Maulana Muhammad Taqi Usmani, President of the Federation of Al-Madaris Al-Arabiya calls on the Punjab Chief Minister News...

Polo is a wonderful game, young players will be given all possible facilities Parvez Elahi News Jani

If war is imposed, we will kill by entering the house, the army chief’s blunt message to India News Jani

Bajwa saheb had no contact with us in forming the Punjab government. News Jani

More than 50 thousand factories running without NOC in Delhi, will the government wake up after the big tragedy? , Follow us: Facebook, TwitterGoogle NewsNational...
Read more

More than 50 thousand factories running without NOC in Delhi, will the government wake up after the big tragedy? News Jani

Willistead Manor is ready for Christmas, and you're invited for a tour. , Wilstead Manor is once again welcoming visitors to tour the Walkerville Jewel,...
Read more

Willistead Manor is ready for Christmas, and you’re invited for a tour. News Jani

How different is Gobind Cafe near Jama Masjid. , However, local people have complaints. "They don't allow anyone from Delhi-6 to enter the cafe," says a...
Read more

How different is Gobind Cafe near Jama Masjid. News Jani