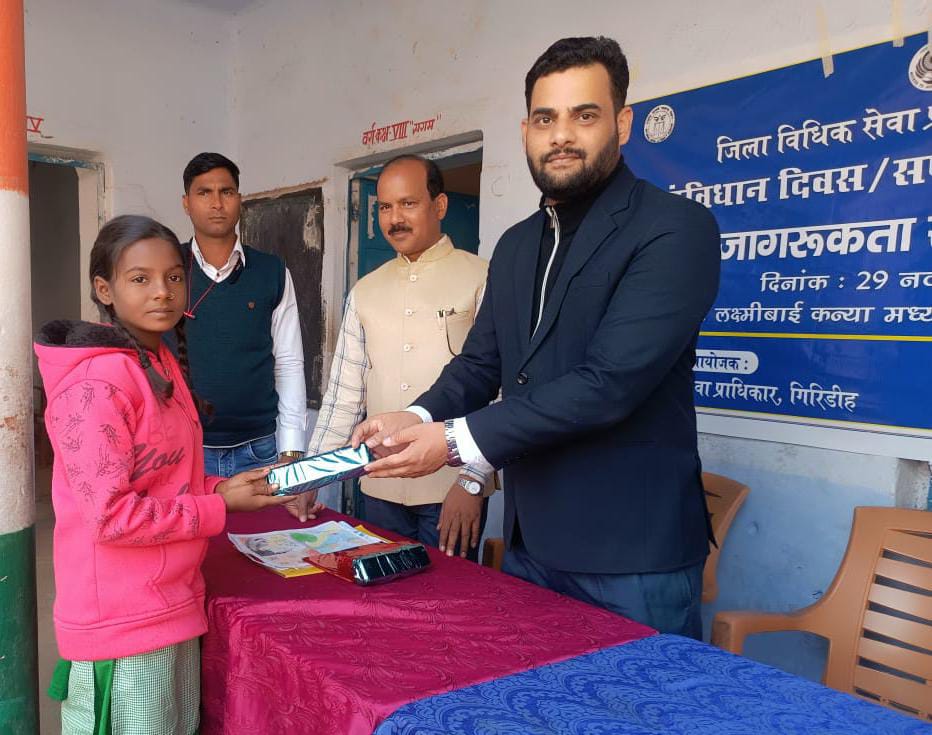 New Delhi and as per instructions of Hon’ble Jhalsa, Ranchi, under Constitution Day/Week to be held from 26th November 2022 to 2nd December 2022, on 29/11/2022 at +2 High School and Rani Lakshmibai Girls Middle School. The students were made aware of the basic subjects of the Indian Constitution by organizing debate competition, drawing and writing competition on Fundamental Rights, Fundamental Duties and Human Rights under the Constitution of India in Gurdia.

Informing about the fundamental rights, fundamental duties and human rights enshrined in the Indian Constitution, he said that the constitutional principle of India has provided many rights to all the citizens of this country. Every human should know their rights. The Indian Constitution expects its citizens to have fundamental rights as well as fundamental duties, so it is the duty of every citizen to be aware of his rights but also to fulfill his duties and responsibilities towards the Indian nation so that every citizen can play an important role. In the development of the nation and maintaining peace in the society.

Meanwhile, the students enthusiastically asked questions related to the important provisions of the Indian Constitution, to which the secretary calmed the curiosity of the students by giving short answers. The secretary asked the students to study well in student life and pursue higher education and work in the society as a civilized citizen. He also apprised the children about the various programs being run by the District Legal Services Authority Gardiya for the common people.

In the programme, the non-governmental organization Jago Foundation in collaboration with the District Legal Services Authority, Gardea, supported the organization of the program through its workers, while contributing to the distribution of prizes. Meanwhile, Sarojit Kumar and other NGO workers on behalf of Jago Foundation Guardia participated in both the programs and distributed prizes to the children on their behalf.

Security guard fired because he let man use bathroom in building to protect himself from filth, awarded 21k euros. , ...
Read more
news

Security guard fired because he let man use bathroom in building to protect himself from filth, awarded 21k euros. News Jani