Azadi March: ‘Pakistanis, I am giving up my situation to change your situation’, says Khan. News Jani 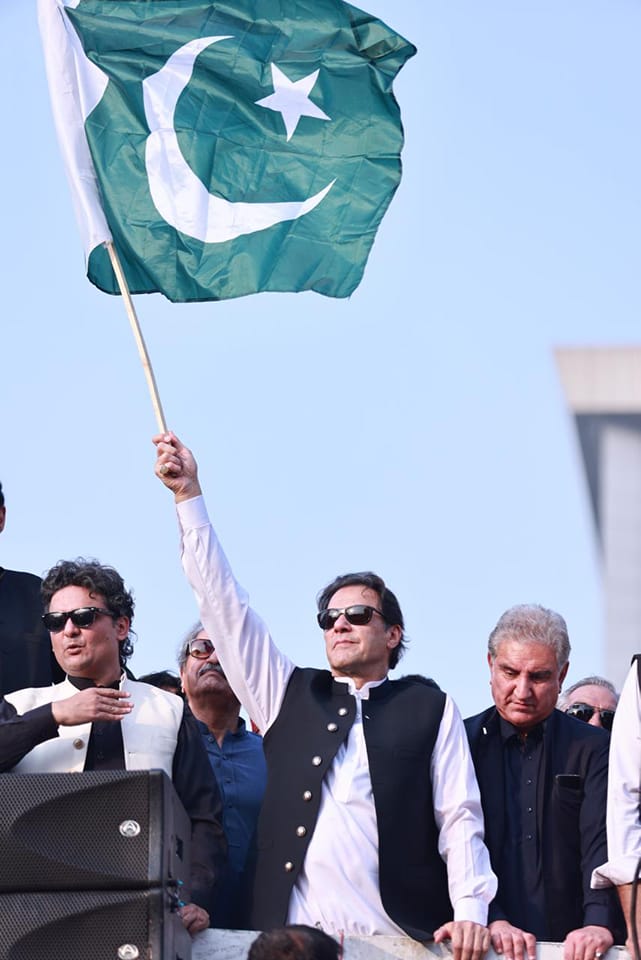 Azadi March: ‘Pakistanis, I am giving up my situation to change your situation’, says Khan.

“Pakistanis, I am leaving my circumstances behind only to change yours,” says former Pakistan Prime Minister Imran Khan before the #Haqqiqi_Azaadi_Long_March.

The PTI chief took to his official social media handle to address people about the rally. Former Prime Minister Khan said that Pakistanis, I am leaving my situation behind only to change your situation. You all break all idols of fear! If not now, when?”

Notably, former Prime Minister Khan was injured by a bullet in his leg during a “True Freedom” rally in Wazirabad on November 3. PTI chief Khan was shot while leading the march, which was supposed to end in Islamabad.

While on November 19, Imran Khan appealed to his supporters to reach Rawalpindi on November 26, where the former prime minister said that he would announce his next plan of action for a protest rally against the imported government led by the current prime minister. Shahbaz Sharif.

The PTI chief addressed the party members through video link from his residence.

Meanwhile, roads across Pakistan are flooded with convoys heading to Rawalpindi to participate in the Azadi March led by Imran Khan.

Additionally, PTI supporters from Bharwan Motorway, Haripur, Kurram, North Waziristan, Shangla, Swabi, and Dera Ismail Khan took to the streets to lead a caravan to participate in the Azadi March in Rawalpindi on Saturday.

The reason given by the PTI is that “the people of Pakistan want free and fair elections in the nation, so that they can use their power to rid the nation of this disease”.

Junos 2023: The Weekend leads the list of past nominations. News Jani