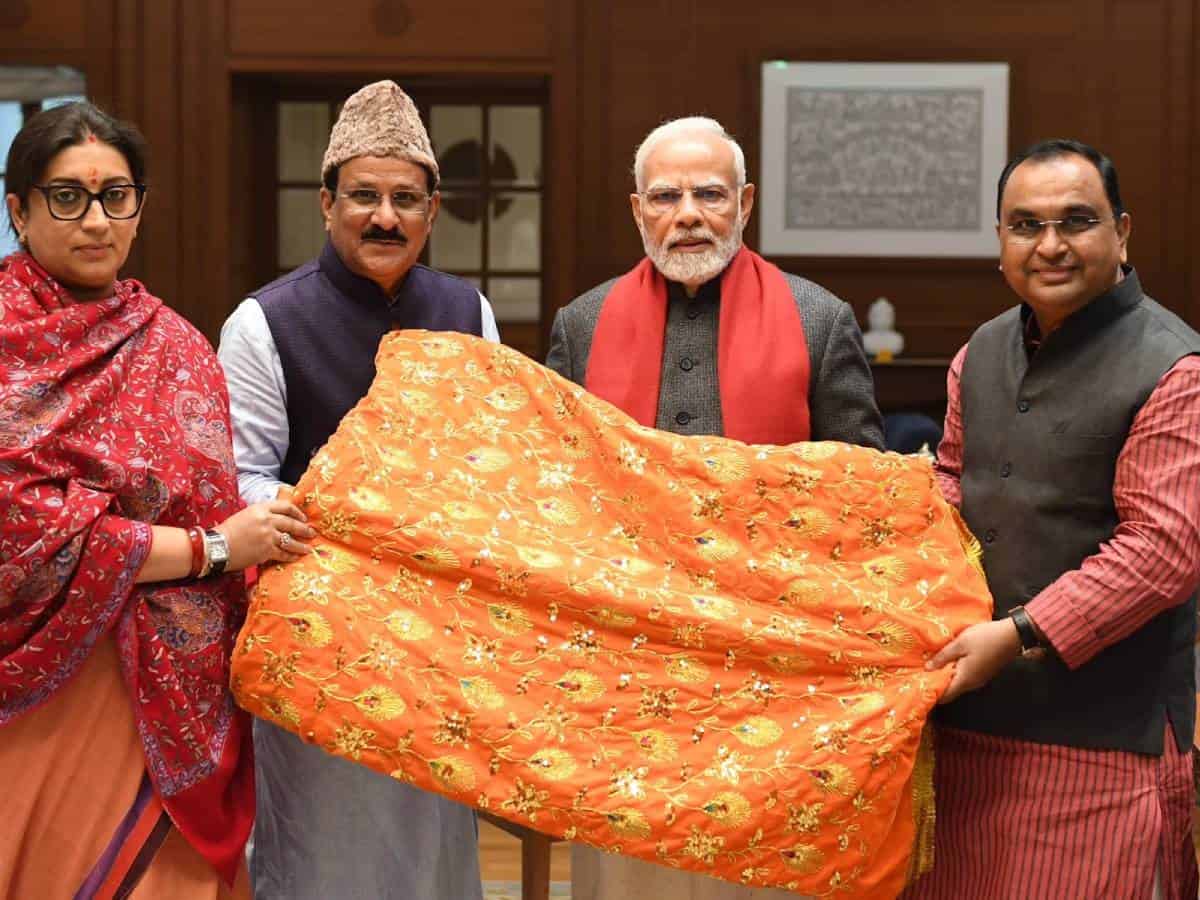 New Delhi: Prime Minister Narendra Modi on Friday presented a ‘chadar’ to be offered at the Ajmer Sharif Dargah on the occasion of the 811th Urs of Khawaja Moinuddin Chishti.

“Presented chador to be offered at Ajmer Sharif Dargah on the occasion of Khawaja Moinuddin Chishti’s Urs,” the Prime Minister tweeted.

A delegation led by Irani will lay a wreath at Ajmer Sharif Dargah.

Speaking to IANS, Siddiqui said, “We are going to Ajmer Sharif with the chador presented by the Prime Minister with a prayer for peace and prosperity in the country. He wants India to become a world leader. His message is about peace and anxiety.

Khwaja Moinuddin Chishti, also known as Khwaja Gharib Nawaz, was a Sufi saint of the Chishti order. He is known as a direct descendant of Prophet Muhammad.

Born in Sistan (present-day eastern Iran and southern Afghanistan), he traveled from Lahore to Delhi and finally settled in Ajmer. His mausoleum in Ajmer, Ajmer Sharif Dargah, is one of the holiest Islamic shrines in the world.

Muslims from all over the world visit the dargah every year for their worship. Not only Muslims but also people belonging to different religions visit the shrine throughout the year.

The Urs festival is celebrated every year in Ajmer in the first six days of ‘Rajb’, the seventh month of the Islamic calendar, in commemoration of the death anniversary of the beloved Sufi saint.

Khwaja Moinuddin Chishti is also known for establishing the Chishti system of Sufi mysticism in India in the early 13th century. He was the first saint to incorporate the use of music and hymns into prayers. It is believed that Prophet Muhammad once appeared in a dream to Khwaja Moinuddin Chishti and asked the saint to be his representative in India.

The amount recovered by the ED increased to Rs 1.25 crore , Kolkata: As the Enforcement Directorate (ED) continued its search operation till Wednesday...
Read more
Coal Smuggling

The amount recovered by the ED increased to Rs 1.25 crore News Jani

Against caste census, BJP does not want to give rights to backward classes: SP News Jani