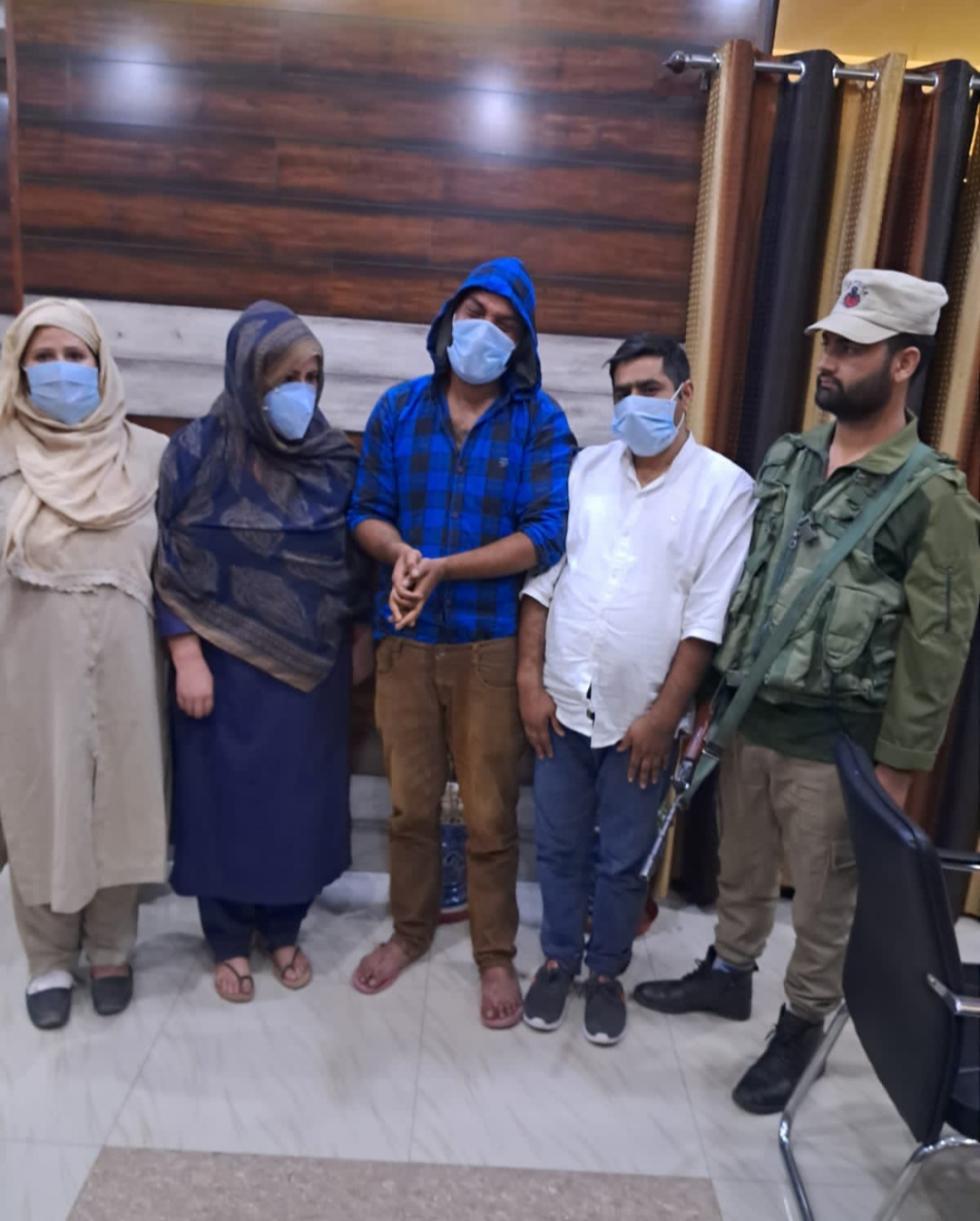 Srinagar: The police in Srinagar busted a gang of sex offenders and arrested three people including a husband and wife.

On September 27, police station Shergarhi received a written complaint from Nazir Ahmad Rather of Dilwan Char Sharif, who said that he had received a call from a woman a few days ago and insisted on meeting her for some work.

He was reportedly met near the Bakshi Stadium in Srinagar, police said. “The woman took him to her room in Rak Chowk Batamlu and started making false accusations against him. Meanwhile, three other persons who are associates of the woman forced their way into the room and started making videos. Later he started blackmailing her. He was the victim of a premeditated conspiracy of sexual exploitation,” the police said.

A case was registered under the relevant provisions of the law and an investigation was started.

During the investigation, the police arrested three suspects involved in the incident. They have been identified as Shaista Bashir alias Saba, her husband Aizaz Ahmad Ganai resident of Galwanpura, Narkara, Budgam and Jahangir Ahmad Dar resident of Pethpohru, Handwara.

“Few more victims have fallen prey to this gang. More arrests are expected in the instant case and further investigation is on,” said the police.

There are no active terrorists in 3 districts of Kashmir. Lashkar-e-Taiba, GEM Headless: ADGP Kumar News Jani

Our constitution is a holy book. Let us pledge to uphold its values: LG News Jani

The government has announced winter vacation in schools from December 5. News Jani