There are no active terrorists in 3 districts of Kashmir. Lashkar-e-Taiba, GEM Headless: ADGP Kumar News Jani 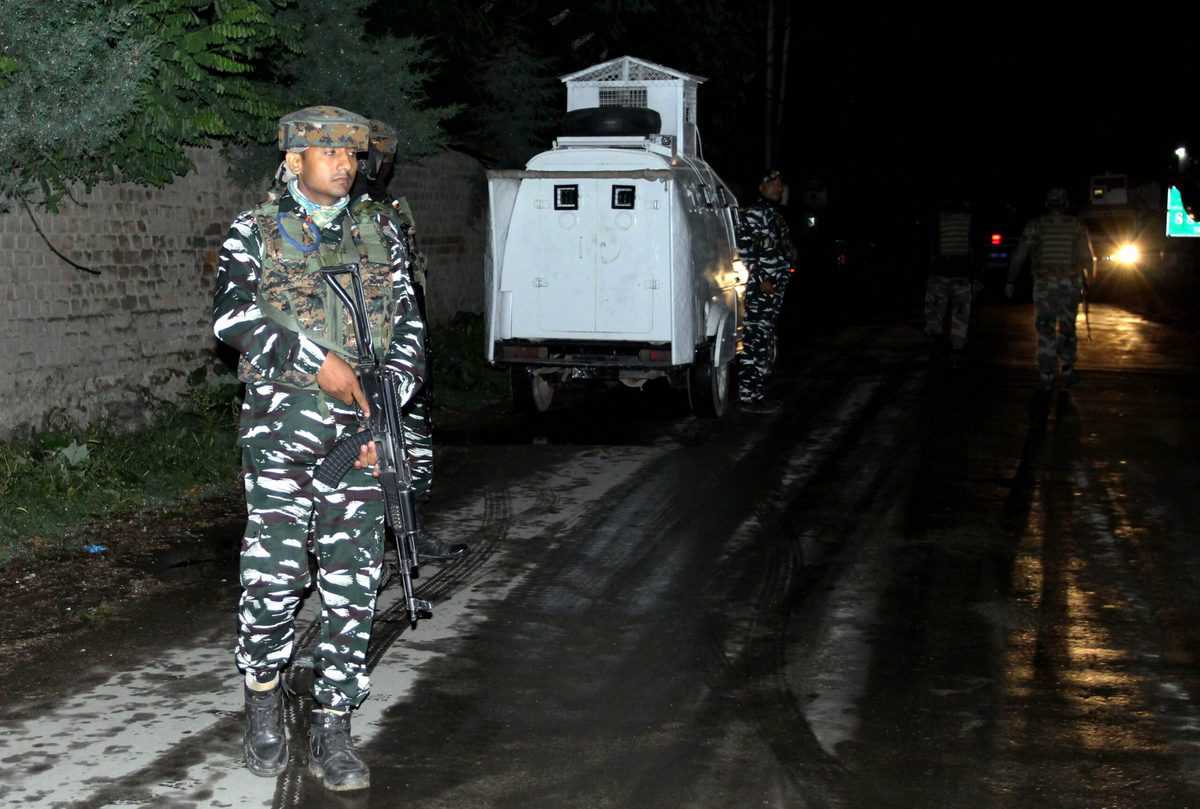 There are no active terrorists in 3 districts of Kashmir. Lashkar-e-Taiba, GEM Headless: ADGP Kumar

Srinagar: There are currently zero “active terrorists” in three districts of Kashmir even after the security forces neutralized their operatives and commanders of the two main terrorist outfits, Lashkar-e-Taiba (LeT) and Jaish-e-Mohammed. have become “headless”, a senior police officer said on Saturday.

It identified three “terror-free” districts as Bandipora, Kupwara and Ganderbal.

Additional Director General of Police (Kashmir Zone) Vijay Kumar said that the Kashmir region, which comprises 13 police districts, currently has 81 terrorists, of which 29 are locals while 52 are foreigners (Pakistani).

He was talking to a group of journalists at the police control room here.

Security forces now have the upper hand when it comes to controlling terrorism and terrorists in the valley. We are working to reduce the number of active, foreign and hybrid terrorists to less than 50 in the near future,” the officer said.

He asserted that we are very hopeful for the end of terrorism from Kashmir in the next two years.

Kumar said Lashkar-e-Taiba and GEM were “headless” after security forces neutralized their ranks in several encounters and operations.

Farooq Nali, a top Hizbul Mujahideen operative, is the only active commander – since 2015 – and is on the radar of forces including the Jammu and Kashmir Police (JKP) and sister forces such as the Army and the Central Reserve Police, officials said. force

Police officials said the “success” of the forces in neutralizing senior terrorist operatives can be gauged from the fact that Kashmir had 80 top commanders nearly two years ago, now there are only three. Apart from the drain, the other two are inactive.

Kumar added that there were about 15-18 active “hybrid” terrorists.

According to security agencies, hybrid terrorists are those who radicalize online and are given pistols to kill one or two people, identified or unknown.

Most of these “hybrid” terrorists are based in the south Kashmir region, which includes Pulwama, Shopian, Kulgam and Anantnag districts, officials said.

Police officials said terrorists active in Kashmir now operate in a “module”, where they receive specific directions to attack or kill a person.

ADGP Kumar said, “We have busted 119 modules this year.

JKP officials said their main concern in Kashmir was terrorists who were targeting “soft targets” like laborers from other states and Kashmiri Pandits, while they called some women over-the-ground workers (OGWs). But it has also been “discovered” to have helped in some recent terrorist activities. .

A senior officer said, “However, we have ensured that those who target workers and members of the Pandit community are immediately neutralized and also given maximum protection.” be kept”.

Another concern for the police is the recent seizure of some Turkish-made pistols from terrorists, which they say indicates that Pakistan-based handlers are supplying the country’s weapons to ultras operating in Kashmir.

The officer said there is a fourth type of ultra in Kashmir which he classifies as “potential terrorists”. These are people who are radicalized, have joined or are about to join terrorist ranks but have not committed terrorist acts.

“In 80 percent of cases in this category, the families of these potential terrorists inform the JKP and security forces about their suspicious activities, and we have been able to bring back 13 of them in 2022, some Even after joining the ranks”. The senior officer said.

“We can tell you that denying social sanctions to terrorists, their activities and radicalization activities will lead to peace in Kashmir,” the officer said.

According to the latest police data, Kashmir saw 99 local recruitments in the terrorist ranks this year, the lowest in six years.

According to statistics, 64 of them were killed and 17 were captured.

According to statistics, most local terrorists are killed within a month of joining the terrorist ranks, while some are neutralized within two to three months.

Officials said the security situation in the Valley has improved “significantly” as there have been “no bandhs, no major internet blackouts, no stone-pelting incidents and no incidents of civilian casualties” during security forces’ operations after the abrogation of Article 370 in 2019. There were no “zero casualties”. .

According to the data, a total of 169 terrorists (127 local terrorists and 42 foreign terrorists) have been killed in Kashmir this year.