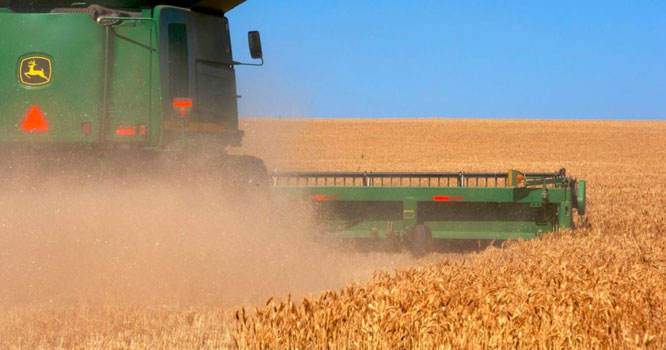 Pakistan approves plan to import 300,000 tonnes of wheat from Russia

The committee also approved the revised margin of oil marketing companies (OMC) on MS petrol and diesel from Rs 3.68 to Rs 6 per litre, which saw an increase of 63.04 per cent in OMCs’ margins for the interim period.

Top government sources said that after detailed deliberations, it was decided that petroleum prices may be deregulated from November 1, 2022. Meanwhile, the Oil and Gas Regulatory Authority (OGRA) will analyze the implementation of deregulation. Determination of petroleum prices in consultation with stakeholders regarding equity of domestic freight, protection of dealer margin and recovery of sales tax on dealer margin.

It was also earlier proposed that from August 5, 2022, OGRA may determine the prices of petroleum products every Friday evening on a weekly basis with a pre-approved methodology and the prices may be applied from every week. Is. However, this decision could not be implemented till now.

The Ministry of Commerce presented a summary of the purchase of wheat from Russia on a G2G basis and an offer from Prodintorg, a state-owned enterprise of the Russian Federation, to supply 300,000 tons of special milling wheat at $372 per ton for shipment. . Period from 1st November 2022 to 15th January 2023. The ECC approved the summary after deliberation.

Ministry of Energy (Power Division) presented a summary of revision of OMCs margin on petroleum products. After comprehensive discussion, the ECC approved the summary in principle and allowed the agreed revised margin at Rs 6 per liter but its implementation will be subject to fiscal space in POL prices.

The Ministry of Energy (Petroleum Division) submitted another summary for amendment of Power Purchase Agreement (PPA) to start the designated project – CPEC – TCB – I (On Thar Coal) without financial lock-in. The summary presented that the project is 90% complete but the company was unable to achieve financial closure due to unforeseen events and reasons that delayed approvals from the sinoors and lenders.

Therefore, it is requested to consider and allow the effectivity of the PPA from the date of its implementation i.e. 27-08-2019 and empower the CPPA to amend the PPA accordingly. To be given. The ECC approved the summary after deliberation and added that it has to be ensured that the tariff will not be affected by the decision and that the summary is being approved due to an exceptional situation. .