The government has announced winter vacation in schools from December 5. News Jani 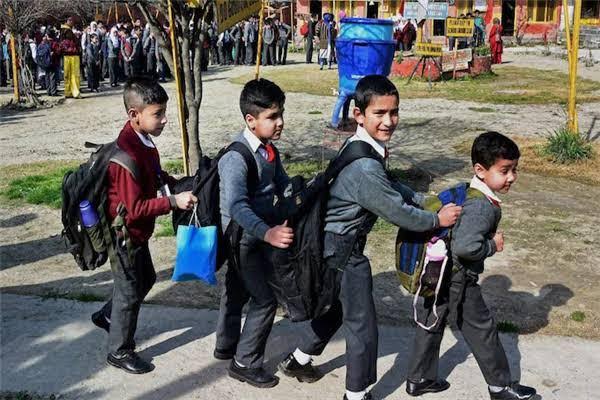 The government has announced winter vacation in schools from December 5.

Srinagar, November 25: The Jammu and Kashmir Government has announced phased closure of schools in winter areas of Kashmir and Jammu Division from December 05 to December 19.

An order issued by the Principal Secretary of the School Education Department said, “It is ordered that all public schools up to the higher secondary level of Kathamer Division and Winter Zone of Jammu Division and recognized private schools as follows.” Winter holidays will be celebrated as per below schedule.

“For primary level classes up to 5th standard, holidays will be announced from Dec-05,” the official said.

It also said, “For classes 6 to 8, closure of schools for winter vacation will be announced with effect from Dec-12.”

The official added that holidays will be declared from Dec-19 in case of secondary and senior secondary level students.

Notably, a day earlier the Directorate of School Education Kashmir (DSEK) had proposed to the government to announce winter vacations in a phased manner from December-01 to December-10..

KU has postponed the MBBS, LLB, BA LLB exams to be held on February 1. News Jani

Nepra has approved a negative adjustment of Rs 10.80 per unit for K Electric. News Jani

Harry news: Americans prefer William and Harry over Charles in new poll Royal | News , It was followed by All Duke's...
Read more