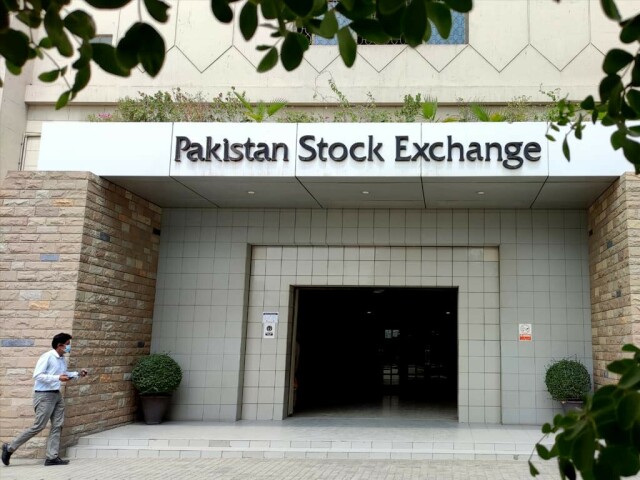 The Pakistan Stock Exchange (PSX) extended its rally for the fourth consecutive session on Friday and the KSE-100 index crossed the 43,000-point barrier to close at its highest level since August 2022.

The KSE-100 has gained over 600 points as the market is buoyed by the arrival of the AIIB.

The session started with a jump but selling pressure brought the index down and it closed in the negative in the first half. The second half started with range-bound trading, however, buying that emerged towards the end of the session pushed the market higher and helped it close in the green zone.

Index heavy banking and oil space recorded gains while the automobile sector closed on a mixed note. The cement and fertilizer segments ended the day in the red.

A report from Arif Habib Limited said that the PSX saw another positive day.

“The market opened in positive territory although weak activity was witnessed which led the index to close by 96.39 points at the end of the initial trading session,” it said. However, the benchmark KSE-100 rallied after trading resumed following an influx of investors from China and Saudi Arabia following the announcement of a $13 billion package by the finance minister.

A report from Capital Stacks added that the PSX maintained positive momentum for the fourth consecutive session as it ended the week in the green.

“Indices moved in both directions, while volume shrank from the last close,” the report said.

On the economic front, remittance inflows to Pakistan declined by nearly 16 percent to $2.215 billion on an annualized basis in October 2022.

Additionally, foreign exchange reserves held by the State Bank of Pakistan declined by $956 million on a weekly basis to $7.96 billion as of November 4, 2022, according to data released on Thursday.

Sectors driving the benchmark KSE-100 index north include the oil and gas exploration sector (129.26 points), the technology and communications sector (99.01 points) and the oil and gas marketing sector (22.78 points).

All-share index volume fell to 232.8 million from 293.9 million on Thursday. The value of traded shares fell to Rs 10.2 billion compared to Rs 5.8 billion in the previous session.