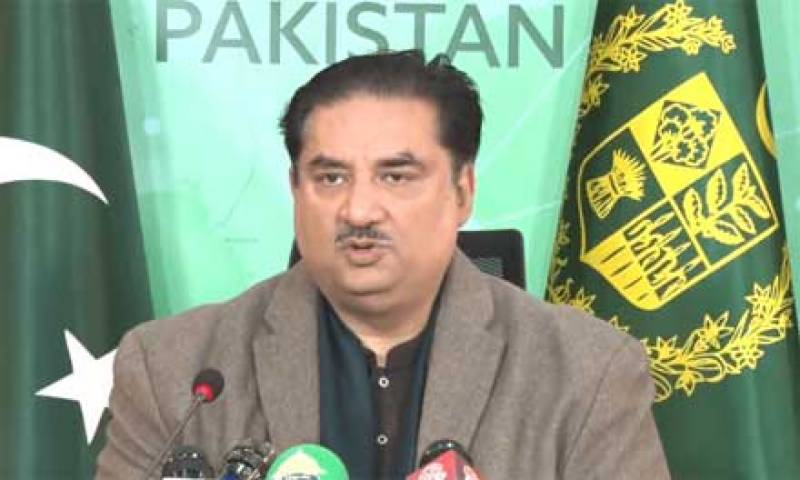 Minister warns of ‘limited load shedding’ in next 48 hours

ISLAMABAD – The government will investigate the involvement of foreign hands in the recent power failure as power supply has not been fully restored even after lapse of 40 hours. Addressing a press conference here yesterday, Khurram Dastgir, Federal Minister for Energy, said the government suspects that foreign interference, such as hacking of the power system, may have been involved in the breakdown, however, it is highly unlikely.

“But looking at past incidents, we should rule out this possibility,” the minister said. Khurram Dastgir said that the Prime Minister had constituted a three-member committee to investigate the incident of power failure. The committee will be headed by Minister of State for Petroleum Dr. He said that Mussaddek Malik will also investigate the involvement of any foreign hand in hacking the country’s power system. The minister said the committee would submit its report within seven days.

Significantly, on Monday morning, the whole of Pakistan was plunged into darkness due to power failure in the country’s grid. The minister claimed that power has been restored in major parts of the country at 5.14 am on Tuesday. However, he added that there will be two days of power cut for the next 48 hours as nuclear power plants require 48-72 hours of power. . hours to start. Power supply to the system. Similarly, synchronization of coal power plants took about 48 hours.

He, however, said that one unit each of Sahiwal and Engro coal power plants has started operations from Monday. He said there would be limited power load shedding for the next 48 hours. Nevertheless, the minister assured that industrial consumers would be exempted from power loadshedding. The power minister also ruled out fuel shortage and said there was enough fuel in the country to restore the power system. He admitted that keeping in mind the electricity bills to be paid by the people, he tried not to use power plants which require a lot of fuel. According to him, there was the lowest demand for electricity in the country in January and it was 8615 MW on Monday night.

Despite the widespread outage, there was continuous power in some areas in the federal capital and Peshawar, he said, adding that there were no outages in flood-hit Sindh and Balochistan. The minister once again blamed the PTI government for not investing in transmission and generation systems in the last four years. He also blamed PTI for not upgrading the transmission system in response to the increasing demand. Several months ago, the installation of 20-year-old conductors at critical power plants by the PTI government resulted in limited power cuts in some parts of the country. He claimed that the HVDC Matiyari-Lahore transmission line, which was completed as part of the China Pakistan Economic Corridor (CPEC), has only a few safety measures.

Share
Facebook
Twitter
Pinterest
WhatsApp
RELATED ARTICLES
Due to the increase in interest rates, there is a risk of recession in Australia. , Some economists fear there is a growing risk of...
Read more
National

Finance Ministry asks ECP to defer its demand for additional budget for elections , The Finance Ministry on Wednesday wrote to the Election Commission...
Read more
National

Mystery over a ringed dwarf planet instead of a moon , Recent telescope data has revealed that there is a small planet with dense rings...
Read more
National

Railways to earn over Rs 600 crore so far through facility fees in 2022-23: Rail Minister , The Railways has so far earned over Rs...
Read more
National

Railways to earn over Rs 600 crore so far through facility fees in 2022-23: Rail Minister News Jani

A mine near the Great Barrier Reef was rejected because of the risk of 'irreversible damage'. , The government on Wednesday rejected a proposal for...
Read more
National

A mine near the Great Barrier Reef was rejected because of the risk of ‘irreversible damage’. News Jani

SAT approved Dalkeith display home. , Developer Webb & Brown-Neaves has succeeded in setting up a display house in Dalkeith after falling out with the...
Read more