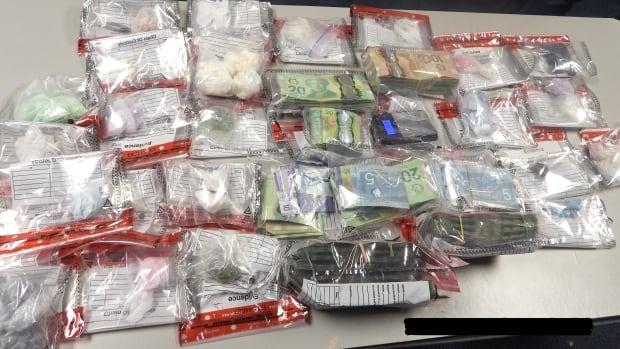 As a result of the investigation, police searched a house on Amelia Street on the afternoon of November 24.

Inside, they found seven suspects — two from Thunder Bay and five from southern Ontario — and three loaded handguns, one of which had been converted to a fully automatic weapon.

Police also found quantities of crack cocaine and fentanyl and a high-capacity magazine.

“It indicates a deeply troubling trend in the city, where you have drugs, money, guns all in one place, and people from the southern Ontario area with them,” said Thunder Bay Police Det. Insp. Jeremy Pearson said. “It’s really part of a trend that we’ve been identifying for years.”

All seven suspects face multiple drug and weapons charges. All appeared in court Friday, and were taken into custody.

Northwestern Ontario’s cold snap is expected to last through the weekend. News Jani

The $7.9M investment will allow the Northwestern Ontario First Nation to improve its infrastructure. News Jani

Ahsan's action on the energy crisis has taken the internet by storm , A video of Ehsaan Khan sarcastically expressing his displeasure...
Read more

Adani Group decides to cancel its 'FPO', board announces return of investors' money , In the next 3 years, one crore farmers will be helped...
Read more

Transit Windsor ridership has rebounded. Very good, according to the riders News Jani

A young man from Surat was strangled to death. , Basirhat : Baribullah Maula (30), who had returned from Surat a few days ago to...
Read more

A young man from Surat was strangled to death. News Jani