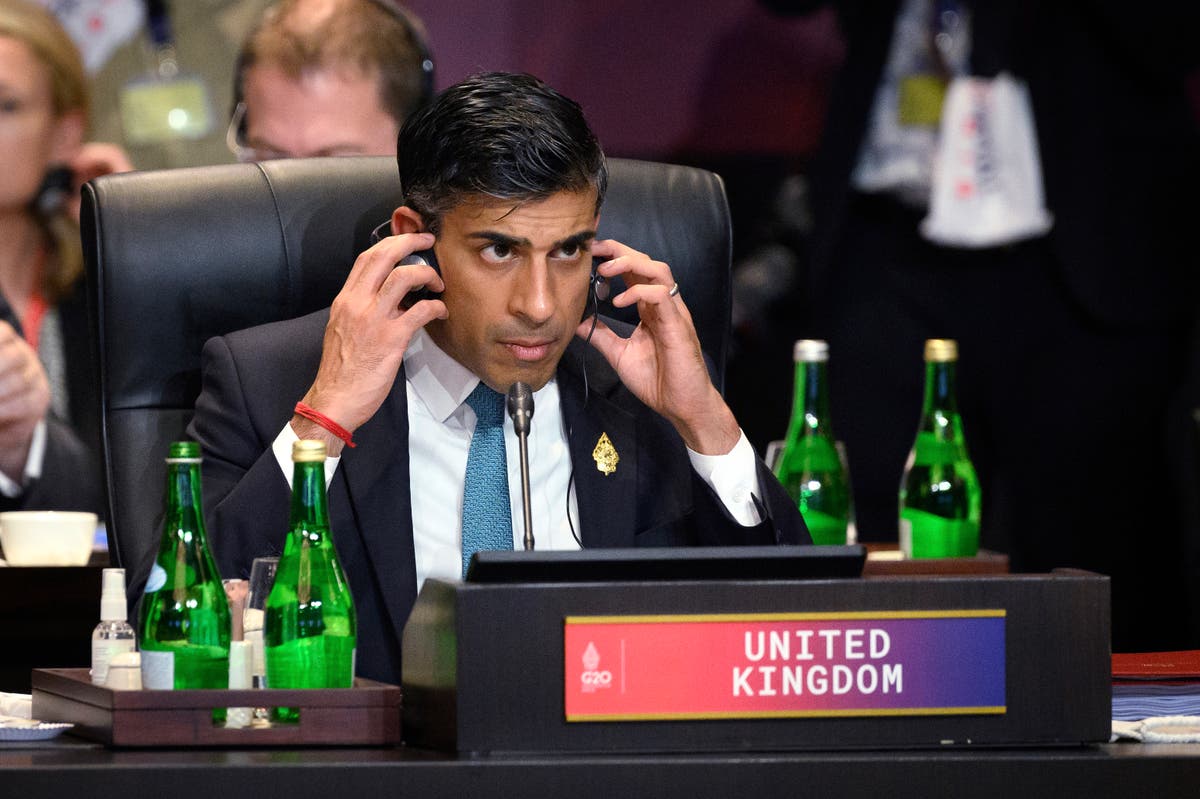 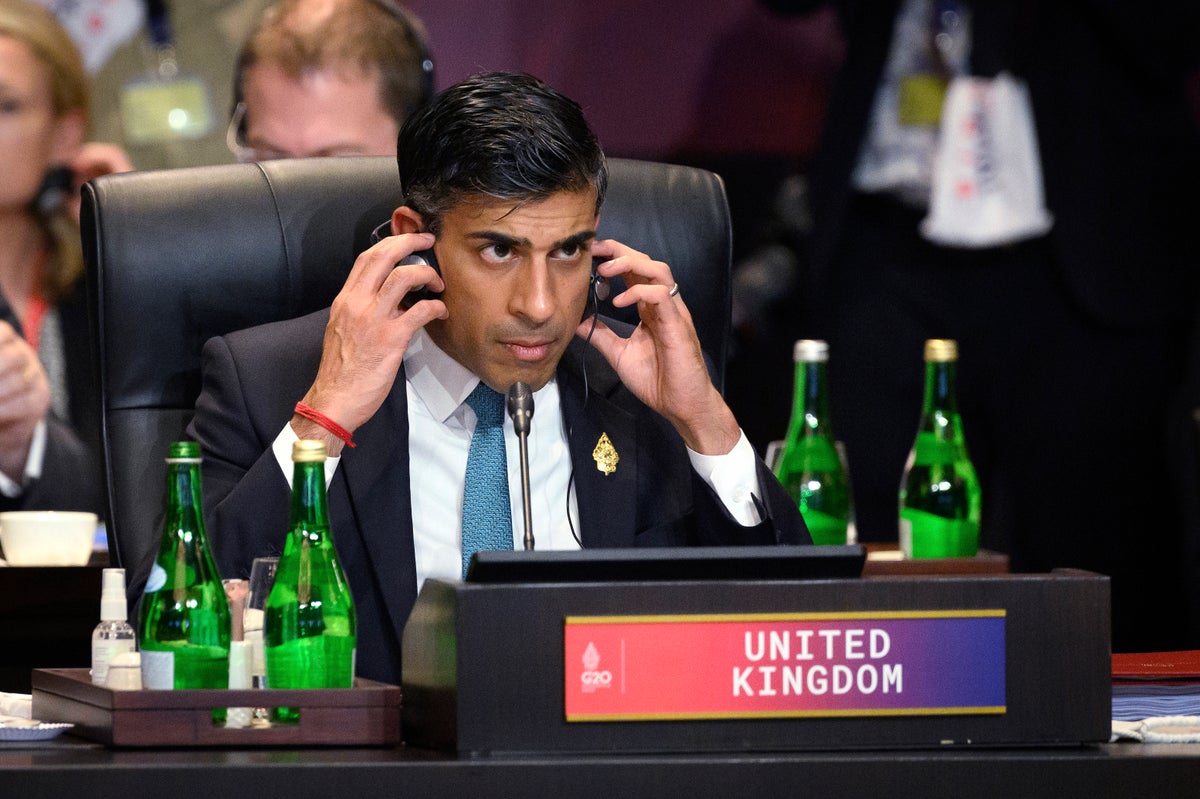 Facing Russian Foreign Minister Sergei Lavrov in the plenary hall, the prime minister called on Moscow to “get out of Ukraine and end this barbaric war” as he blamed the conflict for worsening global economic challenges. .

He criticized Russian President Vladimir Putin for staying away from the meeting, saying: “Maybe if he had, we could have moved on to sort things out”.

The two-day gathering of leaders of the world’s major economies was opened by Indonesian President Joko Widodo, who said the world would struggle to move forward if the war did not end.

The annual summit comes as G20 nations remain deeply divided over Russia’s actions in Ukraine, which have pushed up food and energy prices around the world.

In his remarks, Mr Sink said the context for this G20 was “tough”.

According to a Downing Street transcript of his speech in closed session, the prime minister said: “Russia’s illegal invasion of Ukraine has profound implications for all of us, as it undermines fundamental principles of sovereignty and territorial integrity.

“We all depend on these principles. They are the foundations of the international system. They must be upheld.

“The economic problems we should be focusing on today have been made worse by Moscow’s actions,” he said.

“The weaponization of energy and food is completely unacceptable,” he said, adding that Russia was “harming the most vulnerable people around the world” by destroying grain stores and blocking shipments. Is”.

He continued: “One man has the power to change it all.

“It’s remarkable that Putin didn’t feel able to join us here. Maybe if he had, we could have sorted things out and moved on.

“Because the single biggest difference anyone can make is for Russia to get out of Ukraine and end this brutal war.”

The prime minister said he “rejects this aggression” as he vowed to “support Ukraine as long as it takes”.

After the Ukrainian president addressed the Bali summit via video link at the invitation of Indonesian hosts, he praised Volodymyr Zelenskyi for his “incredible perseverance”.

Mr Sink is holding a series of bilateral meetings on the sidelines of the event, which began with drinks and nibbles with his Canadian counterpart Justin Trudeau shortly after the prime minister arrived on the tropical island on Monday.

More controversially, he is scheduled to meet on Tuesday with Saudi Arabia’s Crown Prince Mohammed bin Salman, who is believed to be involved in the 2018 killing of Saudi journalist Jamal Khashoggi.

Mr Sink will return to the UK on Thursday for his Budget, in which Jeremy Hunt could impose up to £60 billion in tax increases and spending cuts.

Mass disruption to trains between London King's Cross and the North after thieves stole cables , TRain services between London and the north were massively...
Read more
news

KPCIP will be a milestone in providing the best civic services and recreational facilities to the people: CM Khan , ...
Read more
Breaking News

KPCIP will be a milestone in providing the best civic services and recreational facilities to the people: CM Khan News Jani

For the speedy recovery of Lalu Prasad and Rohini Acharya, Pooja Hovan was performed at Sheetla Mata Mandir and Mahamartunjay Mantra was chanted at...
Read more

For the speedy recovery of Lalu Prasad and Rohini Acharya, Pooja Hovan was performed at Sheetla Mata Mandir and Mahamartunjay Mantra was chanted at...

The Supreme Court asked the CBI to adopt a 'modification' as the petition seeks guidelines for investigation. , New Delhi: The world has changed...
Read more

The Supreme Court asked the CBI to adopt a ‘modification’ as the petition seeks guidelines for investigation. News Jani

Hasan Ali furious over inappropriate comment, gets into a fight with fans , Pakistani fast bowler Hasan Ali went into a fit of rage and...
Read more