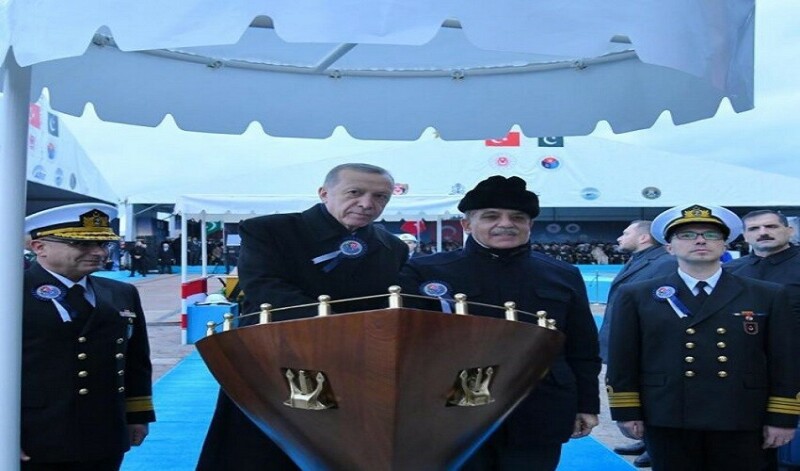 Addressing the launching ceremony of PNS Khyber 3 in Istanbul, the Prime Minister said that if you want to live in peace, you have to be ready for war.

Shahbaz Sharif said, “I am very happy to come to my second home. Today is a very good day for our historical relations.” Turkey has always stood by Pakistan in difficult times.

He said that like the rest of the world, Pakistan is also facing energy crisis and Pakistan is taking steps for renewable and affordable energy sources.

Shahbaz Sharif said that today the world is facing many conflicts, with time Pak-Turkey relations will get stronger.

The Prime Minister said that Turkey has become a modern welfare state under the leadership of Tayyip Erdogan, Turkey has turned into a modern society because of the vision of the Turkish President.

Recep Tayyip Erdogan said that Pakistan and Turkey are united to eliminate terrorism and are adopting a policy of zero tolerance against terrorists.

Pakistan confirms reports of ISIS involvement in attack on its embassy in Kabul: FO - Pakistan , The Foreign Office (FO) said on Sunday that...
Read more
Pakistan

Man (39) accused of raping woman (21) found hypothermic at unusual property in Cork - Irish Times , A 39-year-old man has been remanded in...
Read more

Saliva will work instead of urine and blood, results in 10 minutes , Scientists at Israeli startup Saligonstix have made a discovery that will eliminate...
Read more

Saliva will work instead of urine and blood, results in 10 minutes News Jani