Afghanistan has qualified for the 2023 ODI World Cup. News Jani 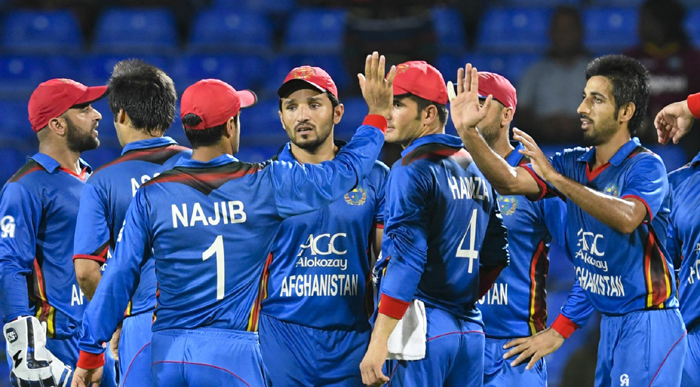 Afghanistan has qualified for the 2023 ODI World Cup.

Afghanistan’s second ODI against Sri Lanka was rained out on Sunday, ensuring Afghanistan’s future qualification for the 2023 ODI World Cup in India. Pallekele, guaranteeing their place in the championship game in India in 2023.

Afghanistan now have a total of 115 points in the current cycle of the ICC Men’s Cricket World Cup Super League standings, thanks to which they have gained five additional points, taking them to a comfortable seventh position in the current standings. Eight teams at the end of the Super League will automatically qualify for the 50-over World Cup, which will be held in India in 2019.

Sri Lanka fared much worse as their hopes of automatic qualification remained in doubt, while Afghanistan fared well with five points. Dasan Shanaka’s side are now 10th in the standings with just 67 points, with just four games remaining to make it to the top eight.

On Wednesday, they can level the current series by defeating Afghanistan in Pali Kele and securing a crucial 10 points. Now it seems that both the teams depend on this game. Sri Lanka’s slow bowlers did a commendable job of restricting Afghanistan to just 228 in a rain-delayed game on Sunday, so they will be hoping for another strong performance from their spinners in this crucial match. .

Rehmanullah Garbaz (68) and Rehmat Shah (58), who both scored half-centuries, gave Afghanistan a strong start, but Wanindu Hasringa (39/1/3) and Dhananjaya De Silva (1/37) kept the tempo up. helped bring down as the visitors opened the game. Out in the last over