This player did not understand for the T20 World Cup, handed over the captaincy of India! News Jani 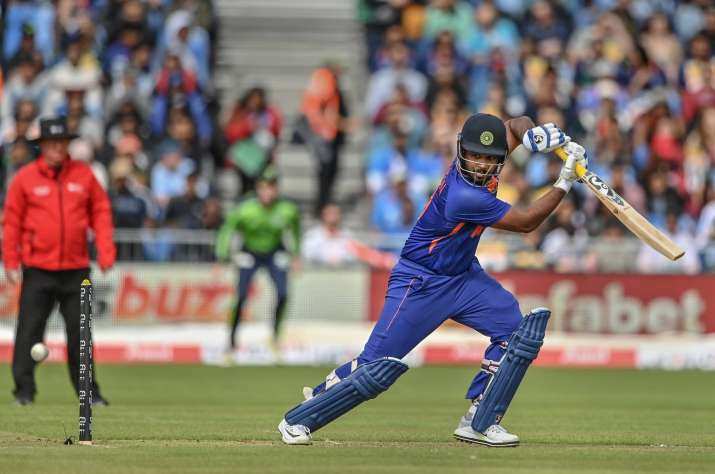 This player did not understand for the T20 World Cup, handed over the captaincy of India!

New Delhi. Sanju Samson was not included in the 15-member Indian squad selected for the T20 World Cup recently. In his place, Rishabh Pant and Dinesh Karthik were selected as wicket-keeper batsmen. This decision of the selectors is being opposed from all sides. Not only fans but also cricket experts are raising questions about Samson not being selected. Samson, who was deemed ineligible for selection in the T20 World Cup, has now been named the captain of the India-A team. He will captain the Indian A team in the 3 ODI series against New Zealand A. All three matches of this series will be played at MA Chidambaram Stadium in Chennai.

The first match of the series will be played on September 22, the second on September 25 and the third on September 27. BCCI has selected a 16-member Indian squad for this series. It includes players like Kalpad Yadav, Shardul Thakur and Imran Malik. Navdeep Saini, who bowled well in county cricket, has also been named in the squad for the ODI series against New Zealand A.

Meanwhile, the three-match unofficial Test series with New Zealand-A is coming to an end. The first two Tests of the series have been drawn. Samson had earlier toured Zimbabwe with the Indian team in August. Five more players from this tour, Rituraj Gaikwad, Kuldeep Yadav, Shehbaz Ahmed, Shardul Thakur and Rahul Tripathi have also been selected in the squad for the ODI series against New Zealand A.

Samson had an outstanding performance in the IPL, but Dinesh Karthik and Rishabh Pant were replaced as wicketkeepers in the T20 World Cup. Samson’s fans are disappointed that he has not been included for the T20 World Cup and there are reports that the fans will perform at the stadium in the first T20 match against South Africa on September 28 in Thiruvananthapuram. Samson plays domestic cricket from Kerala.

Samson started his international career in 2015. Since then, he has only had the opportunity to play 16 T20s. In this he has scored 296 runs at a strike rate of 136.

Stephanie Freipart made history as the first woman to referee a men's World Cup match. , Doha: In a first of its kind in...
Read more
Doha

Army Chief's visit to LoC , The Army Chief was briefed about the latest situation along the Line of Control and the operational preparedness of...
Read more