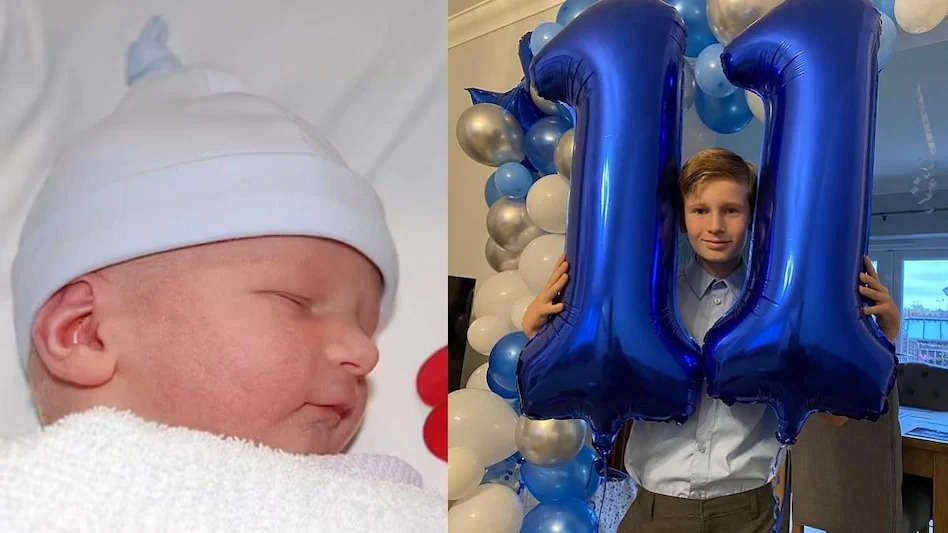 New Delhi. A boy is making headlines because of his birthday. This is due to the date and time of his birth. A strange coincidence of the number 11 connected with the boy from the day of his birth. The boy was born on November 11, 2011 at 11:11 am. He celebrated his 11th birthday yesterday.

According to the Daily Mail, the boy’s name is Daniel Saunders, who lives in Hertfordshire, UK. Daniel received only 11 presents on his 11th birthday. Both Daniel and his mother Charlotte consider the number 11 to be their lucky number.

Regarding Danielle’s birth, Charlotte revealed that she was due six days later. The delivery date was 17 November. But on November 11, sudden labor pains arose and Daniel was born shortly after. Meanwhile, number 11 had such a coincidence that he kept getting confused in everything.

For example, Daniel was born on November 11. The year was 2011 and the time was also 11:11 minutes. Daniel said of his birthday – ‘I’m looking forward to this day. It’s more interesting than any other birthday.’

“It’s my lucky number and it’s easy to remember,” he added. No one forgets my birthday. Daniel, as well as his family, consider the number 11 to be their lucky number.

Daniel’s mother Charlotte, 41, has considered the number 11 to be a lucky number since school days. In such a situation, when the birth of a son increased by 11 numbers, there was no end to his happiness. He gave only 11 gifts to his son on his 11th birthday.

Alison Thales has announced her bid to become the next SNP Westminster leader. , SNPMP Alison Thewlis has announced she will throw her hat in...
Read more