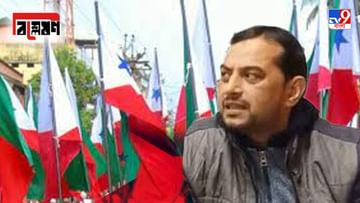 TV9 Explained on PFI: This organization has been accused of being involved in multiple criminal activities like possession of illegal weapons, kidnapping, murder, spreading hatred among common people, riots, love jihad.

A large amount of weapons were recovered

Several items including weapons, bombs, gunpowder, swords have been recovered from PFI members during searches in different states of the country. The police and other investigative agencies informed that this organization has links with the Taliban and Al-Qaeda. In 2012, the organization protested against the Unlawful Activities Act or UAPA Act.

The organization has been accused of being involved in multiple criminal activities such as possession of illegal arms, kidnapping, murder, spreading hatred among common people, riots, and love jihad. In 2010, he was also accused of abetting and financing terrorist activities.

Killing of members of rival organizations

Apart from supporting terrorist activities, there are allegations of riots and murders against the members of this organization. In 2003, PFI members were also accused of rioting and killing eight Hindus in Kerala’s Kozhikode.

Why this search operation?