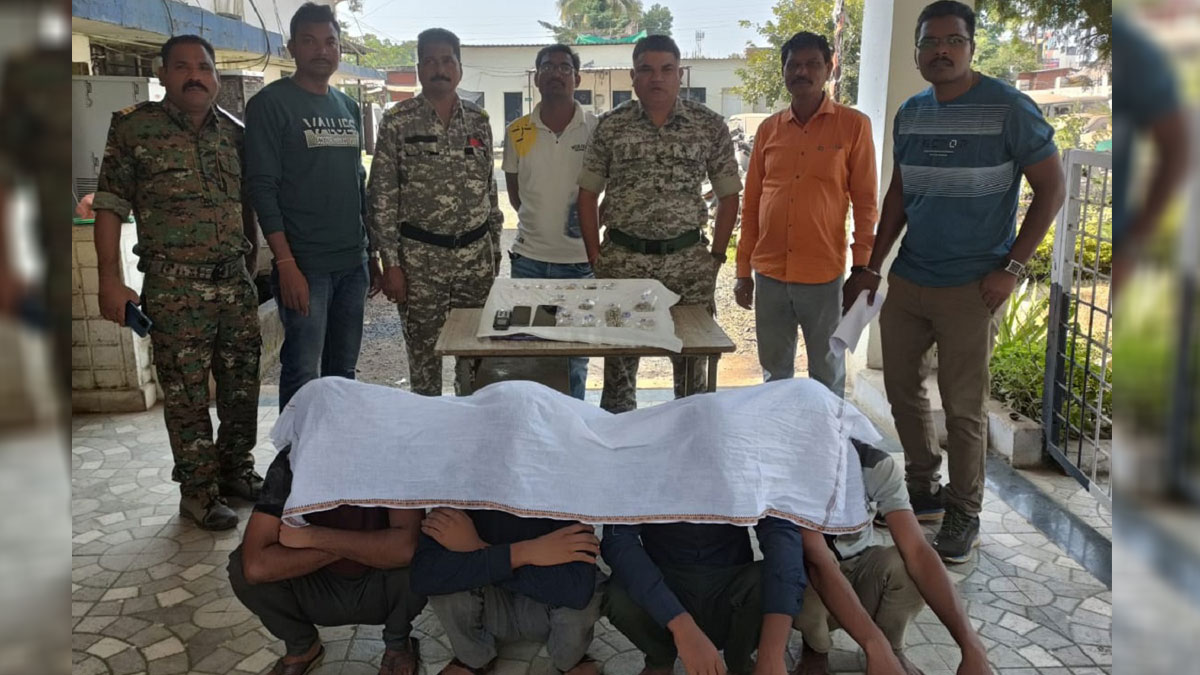 Along with this, 4 robbers have been arrested while uncovering the incidents of robbery in the houses of 2 people in a few days. The arrested accused are Gulab Ahmad Mehmood Alam Shah (32), Shahid Ali Hameed Ali Shah (19), Karim Buxola Shah (20) and Aslam Azimullah Shah (19), who are residents of Jigani village in Uttar Pradesh.

The robbers concerned reached Gadchiroli city on the occasion of Diwali and committed robbery at Reddy Godam Chowk and Nehru Ward. During the first robbery at the home of Vinayak Kumbharre, a resident of Reddy Godam Chowk in the city, on October 10, robbers took advantage of the absence of anyone to enter his house. At that time, a total of 46 thousand 500 rupees including gold and silver ornaments and mobiles were looted. Meanwhile, the second robbery was committed at the house of Prashant Ganesh Sarkar, a resident of Nehru Ward. The robbers stole gold and silver ornaments totaling Rs 49,000 from the government house. Goods worth Rs 95,500 were blown away in both the incidents.

Departure of robbers in prison

The four accused were arrested by the Gadchiroli police on November 3 after a complaint was lodged at the police station about a robbery in two houses in the city. After producing the accused in the court, the court ordered to keep them in police custody till November 5. After the PCR period ended on Saturday, the accused were again produced in the court. Where the court has sent the accused to jail. It is being told that the arrested accused lived in a rented house in Armori city. Police Havildars Vilas Urade, Sachin Ade, Dhananjay Choudhary, Soparel Kadawale, Thumbare etc. under the guidance of Police Station Officer Arvind Kumar Katlam are further investigating the matter.