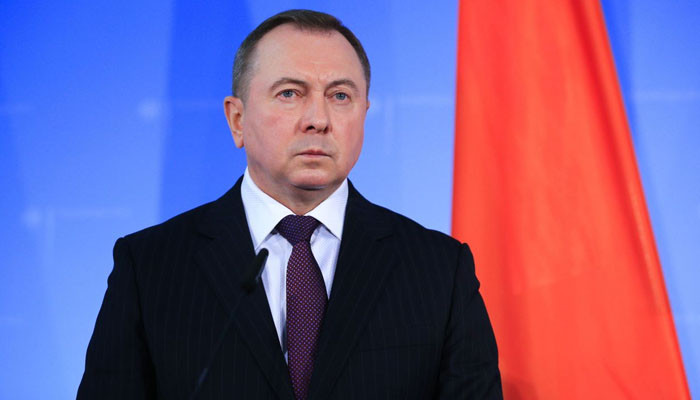 The Ministry of Foreign Affairs of Belarus has said in its statement that their Foreign Minister has passed away suddenly today, the reason for his death has not been told by the Ministry.

According to foreign media, Vladimir Maki was born in 1958 in the Grodno region of Belarus, he was in charge of the Ministry of Foreign Affairs since 2012.

Belarus President Alexander Lukashenko expressed grief over the demise of the Foreign Minister and expressed condolences to his family.

At the same time, Russia has described the sudden death of Vladimir Maki as a deep shock and said that he always played an important role in strengthening the relations between Russia and Belarus.

Imran Khan's disqualification case, request to submit fresh documents filed , The purpose of the naval exercise is to tell the world that we are...
Read more
Uncategorized

10th round of bilateral political consultations between Pakistan and Netherlands in The Hague , ...
Read more