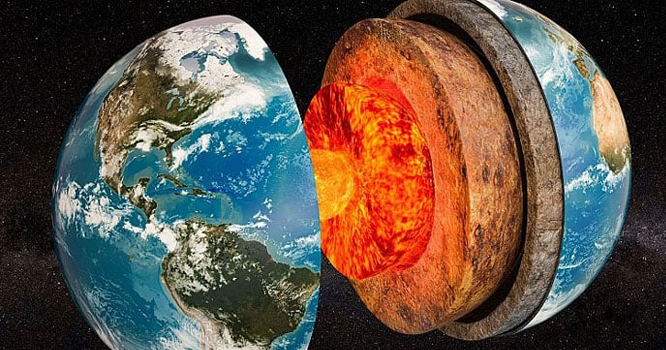 It rotates counterclockwise, but research from Peking University concluded that the inner layer’s rotation stopped around 2009 and then began to rotate counterclockwise. We think that this layer first rotates in one direction and then rotates in the other direction, the researchers said. He said that this cycle of rotation in both directions is completed in 70 years (the cycle of each direction is completed in 35 years). He said that before 2009, the last time the Earth’s interior changed direction was in the 1970s, and the next time it would happen in the mid-2040s. Significantly, gathering information about the inner layer of the earth is a very difficult task because it is located 5 thousand kilometers below the surface. For this research, experts analyzed seismic waves and with the help of this it was possible to detect the rotation of the inner layer. The researchers compared earthquake records from the 1960s to the 1990s with recent earthquakes, suggesting that the rotation of the Earth’s interior had stopped in 2009 and then went in the opposite direction. According to the researchers, changing the direction of rotation of the inner layer changes the length of days and the Earth’s magnetic field. The results of this research have been published in the journal Nature Geosciences.

'Crisis': New screen time warning for parents , Digital devices are taking away our time and reducing our ability to focus on simple pleasures like...
Read more
Uncategorized