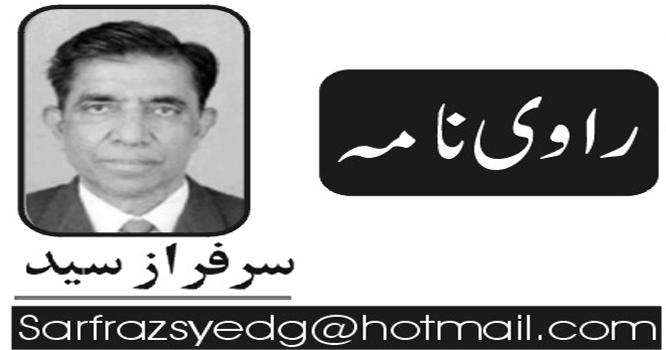 Pakistan’s political instability is being celebrated in India and predictions of a long march in Islamabad and fierce clashes and bloodshed between 20,000 police and forces personnel in Islamabad are being eagerly published and circulated. The talks between Tehreek-e-Insaf and the government have become a mystery. Nawaz Sharif, the real leader of the PML-N from London, issued an order that there would be no talks with Imran Khan and from Islamabad Home Minister Rana Sanaullah advised Imran Khan to hold talks with the government’s 13-member committee. Maryam Nawaz, a resident of London, made strong allegations against Imran Khan in a press conference. Under the guise of a father-daughter joint 13 party government is issuing East India Company order? Nawaz Sharif is declared a fugitive by the court and an ad-offender, issued a permanent arrest warrant (as Prime Minister of Pakistan, he continued to work in the UAE under the laws there) and Maryam Nawaz. ! Has no official, official status. According to the constitution of the PML-N, there are only 16 vice-presidents. She has automatically become the 17th Vice President but also the Chairperson of the PML-G on the orders of Nawaz Sharif. The president of the PML-N is followed by senior vice-president Shahid Khaqan Abbasi, but he becomes polite yes madam with Maryam Nawaz. There are 13 parties in the government and they are not mutually exclusive. Nawaz Sharif and Fazlur Rehman have orders that there will be no talks with Imran Khan and Chaudhry Pervez Elahi’s statement that talks will take place through the back door. Rana Sanaullah is inviting regular talks! And the scholar of political ethics is that the governor of Sindh has twice held political talks with the Pir Pagada against the rules and regulations of his position! And the governor of Punjab rejected five bills of the assembly. *… please, just wait so I don’t forget, a funny thing! Federal Defense Minister Khwaja Muhammad Asif has announced that only 2500 people are taking part in Imran Khan’s long march, yesterday Maulana Fazlur Rehman said that there are only 2000 (two thousand) people. Aurangzeb corrected that there were only 1500 people and not 2000. It is also interesting that the previous day, only one male PML-N Khurram Dastagir spoke and three women, Maryam Nawaz, Maryam Aurangzeb and Sherry Rehman, dominated the rhetoric. Khuram Dastagir has interestingly said that Imran Khan’s long march has now become a furlong march, and by the time he reaches Islamabad, it will be time for general elections! Another interesting thing, till now it was being said that Imran Khan bought gifts from Tosha Khana for Rs 2 crore 30 lakhs and sold them for 15 crores. Warm welcome to the Prime Minister of Pakistan in Beijing. According to the news, top officials were present at the airport to welcome. No minister’s name came up. Let it be ritual there! But what is certain is that the prime minister has been very busy in Beijing. Several new economic agreements have been signed. Successfully tried to postpone the repayment of the loan. Shahbaz Sharif has traveled to China several times as the Chief Minister of Punjab and also in his personal capacity. He has close ties with top Chinese officials and big businessmen. Tehreek-e-Insaf’s prominent leader Azam Swati has approached the court that Islamabad police raided his house, behaved abusively in front of children, took many valuables from the house and then took off their clothes. seriously humiliated. Azam Swati has said that it would have been better if he had been shot. Rana Sanaullah has said as usual that the police did not humiliate him. Rana may be right, Azam’s statement is that the police handed him over to the men in white, the rest they did. The court has issued notices to the respective constituencies. *… Imran Khan’s long march has taken three lives so far. A woman journalist fell under a container, a police constable died of a heart attack due to fatigue while walking, a worker Hasan Baloch fell down from a truck and was seriously injured and died in the hospital. At the time of this writing, the Long March was on its sixth day in Gujranwala. It will take several days to reach Islamabad, where the police of Sindh, Islamabad will lathi-charge, release tear gas, fire and … more terrible. It is said that such paper balls will be thrown which will cause severe itching in the body, stained clothes will be thrown, poisonous gas balls will be thrown from drones and bone-breaking rubber bullets will be fired. All these barbaric acts will be done in their own country against their own people. This would greatly satisfy the fearful spirit of a fearless Home Minister. Satisfactory is the battle of the Long March, which will also have an impact on Army Chief Imran Khan. The shelling of Rana Sanaullah would have no effect on the fortified royal container of the above, but the residents of the same country on both sides would be victims of this mutual oppression. There is a report that thousands of catapults have been bought as an alternative to stone pelting for long marchers. Obviously many rock fragments must have been collected! Astaghfirallah!! *… A general news: The ambassadors of France and Oman met the Chief of Army Staff of Pakistan, General Qamar Javed Bajwa (not the Defense Minister, but the Army Chief). I don’t know that any ambassador or military chief went to meet the defense minister of the country! By the way, who used to go to Defense Minister Pervez Khattak in the name of Imran’s government? Well, what is the need for the post of Defense Minister? *… PML-N put up derogatory posters and banners against Imran Khan and Long March in Gujranwala, police took down, protests broke out, bloody clashes continued!!

After an ugly 2022 finish, the Storm's hunger returns in the preseason. , Melbourne Storm star Ryan Poppenhuysen is not yet running as he continues...
Read more
Uncategorized

Can understand Pakistan's oil needs, every country will have to take a decision according to its situation: America , Don't impose sanctions on Russia for...
Read more
Uncategorized