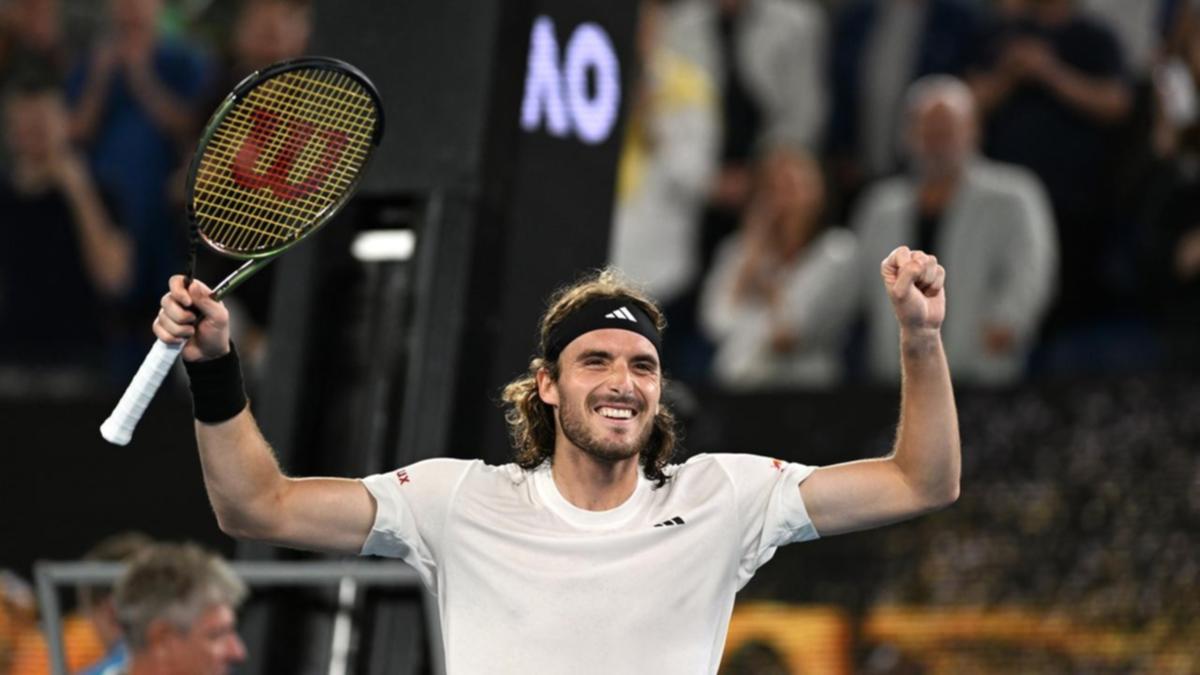 Stefanos Tsitsipas has reached his fourth Australian Open semi-final in five years as he chases a stunning Grand Slam title.

Tsitsipas worked his way through the gears against Jiri Lehka at Rod Laver Arena on Tuesday night to end the young Czech’s legendary run with an impressive and emphatic 6-3 7-6 (7-2) 6-4 defeat. Stopped.

The No.3 seed is the highest-ranked player left at Melbourne Park and will face Russian Karen Khachanov for a place in the final.

“This time felt different from any other match but the most important thing is that I found a solution,” said Tsitsipas.

“It was a very difficult three-setter, the hardest I’ve ever done in a competition.

“I had to deal with groundstrokes, they were coming too heavy, too deep on the racket from the other side of the court.

“So it was a job that I really had to put my heart into and give it my all.”

Tsitsipas finished the first set in just 36 minutes and looked in dire straits.

To Lehecka’s credit, the 21-year-old, previously with Felix Auger-Aliasime and Cameron Norrie, took it to the Greek star in the next set.

But Tsitsipas kicked up a gear, fending off the first four points of the tiebreak and comfortably claiming the set.

“In that particular tiebreak, it became a very important moment as to who was going to come back into the match,” he said.

The way I saw it, it was my chance to take a big lead there and I’m really happy with the way I closed out the second set.”

Lehecka earned three break points at 3-3 in the third set but Tsitsipas showed impressive courage to take the game back and take the lead.

The 24-year-old earned and converted his first match point at 5-4 in the third set.