For the third day in a row, the number of Covid-19 cases in China is reaching a record high. News Jani 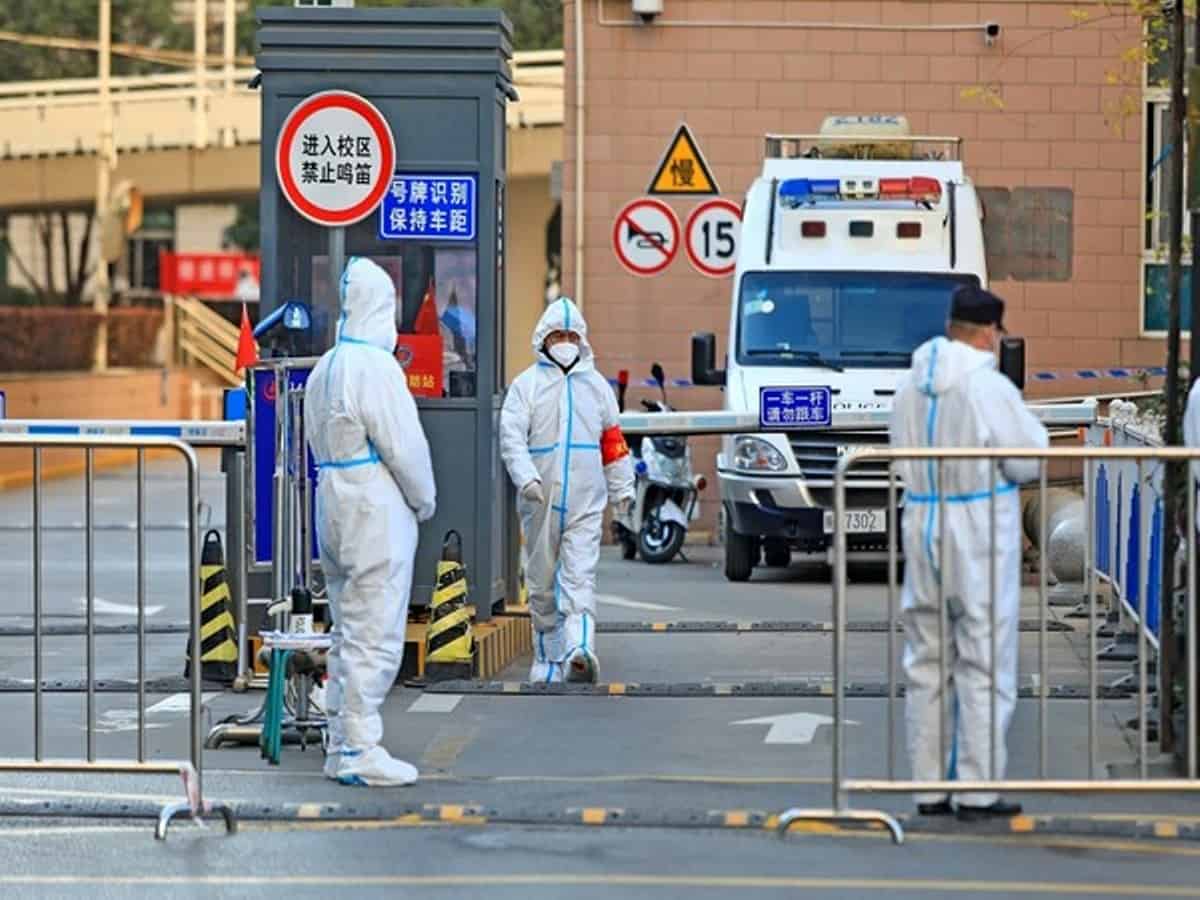 For the third day in a row, the number of Covid-19 cases in China is reaching a record high.

BeijingChina saw a record number of coronavirus cases for the third day in a row on Saturday, with the number of infections surpassing 35,000 despite a massive lockdown under a strict zero-COVID policy, prompting unprecedented protests and clashes with police. .

China reported more than 34,900 cases on Saturday, mostly of the Omicron variant of the coronavirus, as authorities eased the chain of transmission by locking people in their flats to impose a lockdown.

China has reported six deaths – four in Beijing, one in Hainan and another in Sichuan – this month, its first from the virus in six months.

China’s social media, as well as Twitter postings by some Chinese, showed videos of public protests from various locations in which people in hazmat suits clashed with police and health officials.

A large protest was witnessed in Urumqi, the capital of Xinjiang province, where 10 people were killed and nine injured two days ago after a fire broke out in an apartment block that had been sealed off as part of a COVID lockdown.

Beijing continues to bear the brunt of the lockdown as the number of cases rises to more than 2,600.

With its more than 2.50 million people almost confined to their homes, the city looked deserted as officials of courier services were busy delivering food and other essential items to households.

President Xi Jinping’s staunch advocacy of a zero-covid policy is increasingly becoming a major challenge in his third term, as authorities have no clue how to control it except to test millions of people daily. And local lockdown should be ordered wherever cases have occurred.

Xi began his record third term last month after being re-elected by the ruling Communist Party of China’s once-every-five-year congress.

The rising cases ended expectations that he would reset the zero-COVID policy considering that the rest of the world has come on board and even more so with the Chinese economy heavily damaged by the lockdown. has arrived

A fifth of China’s gross domestic product (GDP) is currently under lockdown, according to a report by finance group Nomura.

The report also predicts that the amount of GDP affected by the lockdown will continue to increase in the coming weeks as China faces its largest Covid-19 outbreak since the outbreak of the pandemic in the central Chinese city of Wuhan in 2019. 19 dealing with additions.

Observers say a key factor in China’s persistence with the zero-COVID policy was its fear that the cases could negatively impact an unvaccinated aging population.

Data from the National Health Commission (NHC) showed that 85 percent of the country’s over-60 population had received primary immunization, but only 67 percent had received a booster dose.

“The main problem for China is that not enough elderly people are being vaccinated and that’s why many people believe that the death toll in Shanghai is underreported,” said infectious disease expert and professor Peter Collignon. has gone, which saw a prolonged lockdown in April this year.” Said at the Australian National University Medical School.

“I think the numbers may be underestimated at this stage of the outbreak,” he told the Hong Kong-based South China Morning Post.

As cases have surfaced, local governments across China are devising policies to support businesses and residents amid ongoing COVID-19 controls, allowing virus-hit supermarkets to reopen quickly and struggling companies to reopen operations. Allowances are being made to cut costs.

Officials in Beijing have pledged to speed up the reopening of shopping malls and supermarkets that sell livelihood products, state news agency Xinhua reported, as the city and city try to contain the outbreak. It is the latest effort to ensure smooth operation of the market.

Responding to public concerns, Beijing Municipal Government spokesperson Su Hejian told media that the city government will improve the support system for residents who have to leave their closed compounds to seek medical services.