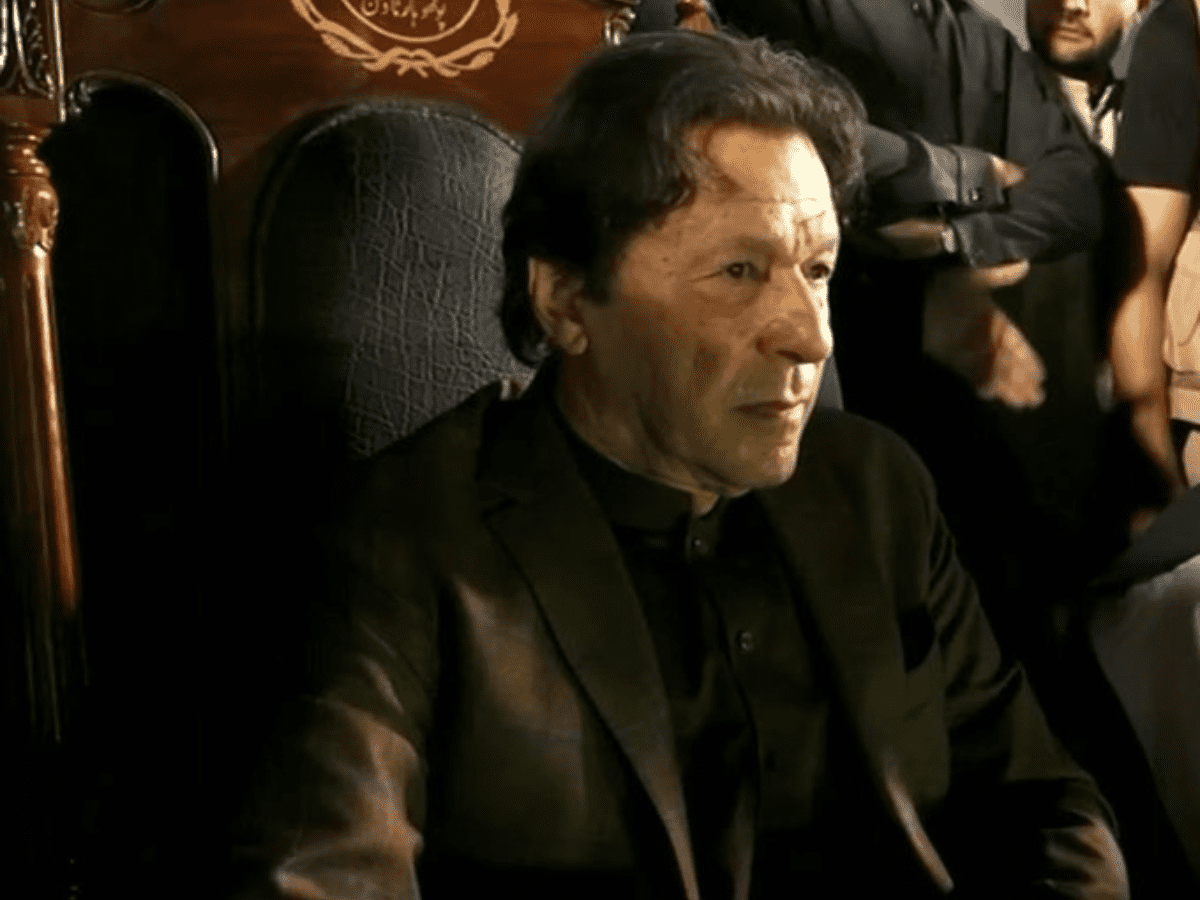 Imran Khan is personally addressing the rally for the first time after escaping the assassination attack.

Rawalpindi: Imran Khan addressed a mega rally organized by his party in Pakistan’s Garrison city here on Saturday, the first since the former prime minister was injured in an assassination attack.

Khan, who was accompanied by a team of doctors when he arrived in a helicopter in Rawalpindi’s Garrison City on Saturday, said that when he was leaving Lahore, everyone had advised him to take care of his injured leg. And also don’t do it because of the leg. His life is in danger.

Khan asked him to go ahead because he had seen death up close.

He said that if you want to live life, avoid the fear of death.

He is leading the Long March, which is calling for early general elections months after he was ousted from power.

Earlier, Khan was advised to wear a bulletproof jacket, not get out of the vehicle while going to the rally venue and keep his movements secret.

The 70-year-old former cricketer-turned-politician said on Friday that despite being injured, he is determined to go to Rawalpindi for the sake of the nation.

Khan was ousted from power in April after losing a no-confidence vote in his leadership, which he blamed for his independent foreign policy decisions on Russia, China and Afghanistan. It is part of the US leadership’s conspiracy to target them. The US has denied these allegations.

Khan is the only Pakistani Prime Minister to be ousted in a no-confidence vote in Parliament. The term of the current National Assembly will end in August 2023.

CTD operation in Khanewal, one terrorist killed in retaliatory action - Pakistan , A fierce exchange of fire took place between CTD and terrorists at...
Read more
Pakistan

PTI demands that the bypolls be held on March 19 instead of March 16. , Pakistan Tehreek-e-Insaf has demanded that the by-elections for 33 seats...
Read more
Top Stories

PTI demands that the bypolls be held on March 19 instead of March 16. News Jani

TMC will corner govt on corruption: BJP after legislative party meeting , Leader of the Opposition Swaindu Adhikari called a meeting of the BJP Legislature...
Read more