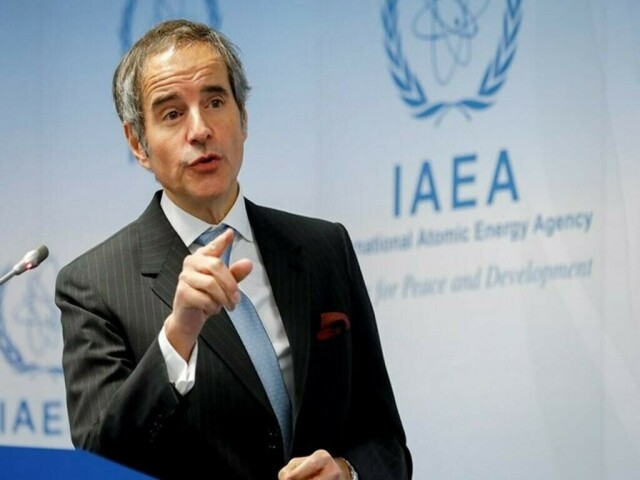 No sign of ‘undeclared nuclear activity’ in Ukraine: IAEA – World

VIENNA: The UN nuclear watchdog said on Thursday that its inspectors had found no signs of “undeclared nuclear activity” at three sites in Ukraine after Kyiv accused Russia of “dirty bombs”. Requested to resolve.

“Our technical and scientific assessment of these findings has so far revealed no signs of undeclared nuclear activity and material at these three sites,” said International Atomic Energy Agency (IAEA) chief Rafael Grossi.

“We will report on the results of the environmental sampling as soon as possible,” Grossi added, referring to the samples collected by IAEA inspectors.

Inspections of the Institute for Nuclear Research in Kyiv, the Eastern Mining and Processing Plant in Zvotykudi and the Production Association Pyudiny Machine Building Plant in Dnipro followed Ukraine’s written request.

“Over the past few days, the inspectors were able to carry out all the activities that the IAEA had planned to do and were given unfettered access to the sites,” the UN agency said in a statement.

Russia has accused Ukraine of preparing to use a dirty bomb against Russian troops, while Kyiv suspects that Moscow itself could use a dirty bomb, possibly a conventional nuclear one, in a “false flag” attack. To justify the use of weapons because ground forces face failure.

A dirty bomb is a conventional bomb loaded with radioactive, biological or chemical material that spreads in an explosion.

The security forces stopped the protests against the Covid-Zero policy. News Jani

10 terrorists were killed in the operation of Pakistan Army. , Representative picture.. Islamabad: At...
Read more
Islamabad

10 terrorists were killed in the operation of Pakistan Army. News Jani

A fire broke out at an oil products reservoir in the Bryansk region of Russia - Governor , Sumaira FH Published November...
Read more
World

A graded action plan will be implemented in 25 districts to control pollution, these items will be banned. , Chairman of the Board Professor Ashok...
Read more

A graded action plan will be implemented in 25 districts to control pollution, these items will be banned. News Jani

Twitter Stops Enforcing Covid Misinformation Policy , However, it is still unclear why Twitter took this step, as Covid is not over yet and countries...
Read more

My father wrote me a letter saying that he wanted to cut off all contact. , I always had a close relationship with my father....
Read more